Phosphoric acid was prepared first by Robert Boyle in 1694 by dissolving phosphorus pentoxide in water. Phosphoric acid is probably the most important compound of phosphorus. It is the second largest inorganic chemical by volume, after sulfuric acid, marketed in the United States.
The single most important application of Phosphoric acid is manufacturing phosphate salts for fertilizers. Such fertilizer phosphates include sodium, calcium, ammonium, and potassium phosphates. Other applications are in metal pickling and surface treatment for removal of metal oxides from metal surfaces; electropolishing of aluminum; as a bonding agent in various refractory products such as alumina and magnesia; as a catalyst in making nylon and gasoline; as a dehydrating agent; in fireproofing wood and fabrics; in lithographic engraving; in textile dyeing; in dental cement; in coagulating rubber latex; in purifying hydrogen peroxide; and as a laboratory reagent. Dilute solutions of phosphoric acid are used as additives to carbonated beverages for a pleasing sour taste. Also, dilute acid is used in refining sugar; as a nutrient; and as a buffering agent in preparing jam, jelly, and antibiotics. The commercial phosphoric acid is 85% (w/w) in strength. 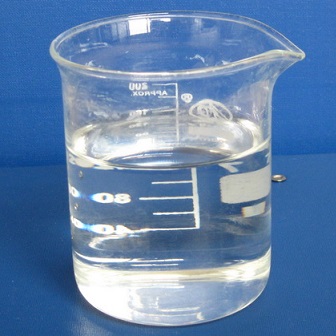 Food-grade phosphoric acid is used to acidify foods and beverages. It provides a tangy or sour taste and, being a mass-produced chemical, is available cheaply and in large quantities. Phosphoric acid, used in many soft drinks, has been linked to lower bone density in epidemiological studies. In brief, phosphoric acid is a strong acid and common industrial chemical used in the manufacture of a wide number of products, notably porcelain and metal cleaners, detergents, and fertilisers. It is also used as a food additive and is a major constituent of many soft drinks. Low phosphate concentrations are found in drinking water to which it is added in some areas in order to reduce lead solubility.

Phosphoric acid is a natural constituent of many fruits and their juices.

Phosphoric acid was produced but not identified by alchemists in ancient times. It derives its name from the element phosphorus, which was discovered in 1669 by Henning Brand (1630 1710).Scheele subsequently isolated phosphorus from bone ash and produced phosphoric acid by reacting phosphorus and nitric acid. Scheele's method replaced bone as the main source of phosphorus rather than urine.
John Bennett Lawes (1814 1900) patented a process in 1841 of making superphosphate from bones and later extended his process to phosphates obtained from rock. Superphosphates are made by treating Ca3(PO4)2 with sulfuric acid to make more soluble calcium hydrogen phosphates: Ca3(PO4)2 + 2H2SO4 Ca(H2PO4)2 + 2CaSO4. In this reaction Ca(H2PO4)2 is monobasic calcium phosphate, which is also called superphosphate. Calcium hydrogen phosphates (superphosphates) are more water soluble and therefore more readily available to plants.

Phosphoric acid is second only to sulfuric acid as an industrial acid and consistently ranksin the top 10 chemicals used globally.States, but it is used in a number of other applications. Phosphateswere used as builders and water softeners. A builder is a substance added to soaps or detergentsto increase their cleansing power.
Phosphoric acid is used as an intermediate in the production of animal feed supplements,water treatment chemicals, metal surface treatments, etching agent, and personal care productssuch as toothpaste. It is used as a catalyst in the petroleum and polymer industry. Phosphoricacid is used in food as a preservative, an acidulant, and flavor enhancer; it acidifies carbonateddrinks such as Coca Cola and Pepsi, giving them a tangy flavor. Phosphoric acid is used as arust remover and metal cleaner. Naval Jelly is approximately 25% phosphoric acid. Other usesfor phosphoric acid include opacity control in glass production, textile dyeing, rubber latexcoagulation, and dental cements.

Phosphoric acid (H3PO4) is the most important oxoacid of phosphorus and its main use is in the manufacture of fertilisers.
Within the human body, phosphate is the main phosphorus-containing compound. Phosphate is an inorganic compound and is the salt of phosphoric acid. It can form organic esters with a variety of compounds and these are important in many biochemical processes. Phosphate has the empirical formula PO43-. It is a tetrahedral molecule, where the central phosphorus atom is surrounded by four oxygen atoms.
In biological systems, phosphate is often found either as the free ion (inorganic phosphate) or as an ester after reaction with organic compounds (often referred to as organic phosphates). Inorganic phosphate (mostly denoted as Pi) is a mixture of HPO42- and H2PO4- at physiological pH.

Phosphoric Acid is an acidulant that is an inorganic acid produced by burning phosphorus in an excess of air, producing phosphorus pentoxide which is dissolved in water to form orthophosphoric acid of varying concentrations. it is a strong acid which is soluble in water. the acid salts are termed phosphates. it is used as a flavoring acid in cola and root beer beverages to provide desirable acidity and sourness. it is used as a synergistic antioxidant in vegetable shorten- ings. in yeast manufacture, it is used to maintain the acidic ph and provide a source for phosphorus. it also functions as an acidulant in cheese. it is also termed orthophosphoric acid.

ChEBI: A phosphorus oxoacid that consits of one oxo and three hydroxy groups joined covalently to a central phosphorus atom.

Low-purity technical grade phosphoric acid for use in fertilizers is produced from phosphate rocks by digestion with concentrated sulfuric acid. The apatite types, primarily consisting of calcium phosphate phosphate rocks, are used: Ca3(PO4)2 + 3H2SO4 + 6H2O → 2H3PO4 + 3(CaSO4•2H2O)
The insoluble calcium sulfate slurry is filtered out. Acid from this wet process is impure but can be purified by various methods. Purification steps involve precipitation, solvent extraction, crystallization, and ion exchange techniques.
Phosphoric acid also can be made by many different methods. Dissolution of phosphorus pentoxide in water and boiling yields phosphoric acid. Pure phosphoric acid can be obtained by burning phosphorus in a mixture of air and steam:
P4 (l) + 5O2 (g) →P4O10 (s)
P4O10 (s) + H2O (g) → 4H3PO4 (l)
The acid also may be prepared by heating violet phosphorus with 33% nitric acid:
4P + 10HNO3 + H2O → 4H3PO4 + 5NO ↑ + 5NO2 ↑
or by heating red phosphorus with nitric acid (1:1). The overall equation is:
P + 3HNO3 → H3PO4 + NO + 2NO2

The majority of phosphoric acid is made by digesting phosphate rock (essentially tricalcium phosphate) with sulfuric acid; the phosphoric acid is then separated by slurry filtration. Purification is achieved via chemical precipitation, solvent extraction, crystallization, or ion exchange.

A clear colorless liquid or transparent crystalline solid. The pure solid melts at 42.35°C and has a density of 1.834 g / cm3. Liquid is usually an 85% aqueous solution. Shipped as both a solid and liquid. Corrosive to metals and tissue. Used in making fertilizers and detergents and in food processing.

Soluble in water with small release of heat.

Phosphorous acid reacts exothermically with bases. May react with active metals, including such structural metals as aluminum and iron, to release hydrogen, a flammable gas. Can initiate the polymerization of certain classes of organic compounds. Reacts with cyanide compounds to release gaseous hydrogen cyanide. May generate flammable and/or toxic gases in contact with dithiocarbamates, isocyanates, mercaptans, nitrides, nitriles, sulfides, and strong reducing agents. Forms explosive mixture with nitromethane. Reacts violently with sodium tetrahydroborate. In the presence of chlorides can corrode stainless steel to form explosive hydrogen gas. Emits toxic and irritating fumes of oxides of phosphorus when heated to decomposition [Lewis, 3rd ed., 1993, p. 1029].

Phosphoric acid is less corrosive and hazardous than is concentrated sulfuric or nitricacid. Its concentrated solutions are irritantsto the skin and mucous membranes. Thevapors (P2O5 fumes) can cause irritation tothe throat and coughing but could be tolerated at <10 mg/m3.The acute oral toxicity in rats is reported tobe low, the LD50 value being 1530 mg/kg(NIOSH 1986).

Phosphoric acid is widely used as an acidifying agent in a variety of pharmaceutical formulations. It is used in pharmaceutical products as part of a buffer system when combined with a phosphate salt such as sodium phosphate, monobasic or dibasic. It is also widely used in food preparations as an acidulant, flavor, and synergistic antioxidant (0.001–0.005%) and sequestrant.
Therapeutically, dilute phosphoric acid has been used welldiluted in preparations used in the treatment of nausea and vomiting. Phosphoric acid 35% gel has also been used to etch tooth enamel and to enhance delivery of drugs through the nail.
) Nanosized hydroxyapatite powder was made by combining phosphoric acid with egg shells.

As a cleanser for metals, phosphoric acid produces a light etch on steel, aluminum, or zinc, which aids paint adhesion. Deoxidine is a phosphoric acid cleanser for metals. Nielite D is phosphoric acid with a rust inhibitor, used as a nonfuming pickling acid for steel. Albrite is available in 75, 80, and 85% concentrations in food and electronic grades, both high-purity specifications. DAB and Phosbrite are called Bright Dip grades, for cleaning applications. Phosphoric anhydride, or phosphorus pentoxide, P2O5, is a white, water-soluble powder used as a dehydrating agent and also as an opalizer for glass. It is also used as a catalyst in asphalt coatings to prevent softening at elevated temperatures and brittleness at low temperatures.

Human poison by ingestion. Moderately toxic by skin contact. A corrosive irritant to eyes, skin, and mucous membranes, and a systemic irritant by inhalation. A common air contaminant. A strong acid. Mixtures with nitromethane are explosive. Reacts with chlorides + stainless steel to form explosive hydrogen gas. Potentially violent reaction with solum tetrahydroborate. Dangerous; when heated to decomposition it emits toxic fumes of POx

In the concentrated form, phosphoric acid is an extremely corrosive and harmful acid. However, when used in pharmaceutical formulations it is usually very diluted and is generally regarded as an essentially nontoxic and nonirritant material.
The lowest lethal oral dose of concentrated phosphoric acid in humans is reported to be 1286 mL/kg.
(rabbit, skin): 2.74 g/kg
(rat, oral): 1.53 g/kg

The elemental phosphorus is burned to produce phosphorous pentoxide (P2O5), which is then hydrated. The heat is then removed and the phosphoric acid (H3PO4) is collected as a fine mist. Another important source of phosphoric acid is from phosphate rocks by treatment with sulfuric acid; this is the so-called wet-acid process. The synthesis of pure phosphoric acid involves several steps including a time-consuming, expensive step, the sublimation of white phosphorus.

When stored at a low temperature, phosphoric acid may solidify, forming a mass of colorless crystals, comprising the hemihydrate, which melts at 28°C. Phosphoric acid should be stored in an airtight container in a cool, dry place. Stainless steel containers may be used.

Phosphoric acid is a strong acid and reacts with alkaline substances. Mixtures with nitromethane are explosive.

Add slowly to solution of soda ash and slaked lime with stirring, then flush to sewer with large volumes of water.