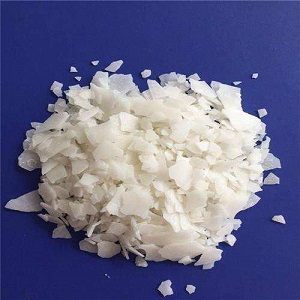 Magnesium is an essential nutrient for plants and animals and is a natural constituent of fruits, vegetables, grain, meats and sea-foods. It is the fourth most abundant cation in the human body and the second most plentiful intracellularly. The average 60-kg human adult body contains about 24 g magnesium of which about one-half resides in bone. Although plasma levels vary between 1.7 and 3.0 mg per dl, very little is contained in extracellular fluid. Magnesium is essential for the production and transfer of energy, for protein, fat, and nucleic acid synthesis, for contractility in muscle and excitability in nerve, and for the activity of numerous enzyme systems.

MgCl2, is one of the primary constituents of seawater and occurs in most natural brines and salt deposits formed from the evaporation of seawater.

Magnesium chloride is used for a variety of other applications besides the production of Mg metal. It is used in the manufacture of textiles, paper, fireproofing agents, cements and refrigeration brine. It has also been used in dust and erosion control. Mixed with hydrated magnesium oxide, magnesium chloride forms a hard material called “Sorel-cement”. The cement is a mixture of MgO (burnt magnesia) with MgCl2 with the approximate chemical formula Mg4Cl2(OH)6(H2O)8, corresponding to a weight ratio of 2.5–3.5 parts MgO to one part MgCl2. This usage of magnesium chloride is unmatched by any other compound. MgCl2 was one of the earlier antiseptics, first used for that purpose by Dr Pierre Delbert in 1915. One veterinary study in 1989 indicated some effectiveness against tumors when used as a feed additive.
A commercial form of liquid MgCl2 called DustGard Liquid is used to control dust on unpaved roads, construction sites and similar surfaces. Because it is produced from naturally occurring minerals, it improves air quality and visibility with minimal environmental impact. It also decreases vehicle maintenance costs, prevents soil erosion and reduces the need for blading, watering and gravel replacement.
Magnesium chloride is also used in several medical and topical (skin-related) applications. It has been used in pills as supplemental sources of magnesium, where it serves as a soluble compound which is not as laxative as MgSO4, and more bio-available than Mg(OH)2 and MgO, since it does not require stomach acid to produce soluble Mg2+ ion. It can also be used as an effective anesthetic for cephalopods, some species of crustaceans, and several species of bivalves, including oysters.
Magnesium chloride is an important coagulant used in the preparation of “tofu” from soy milk. In Japan, it is sold as “Nigari”, (derived from the Japanese word for “bitter"). It is a white powder produced from seawater after the sodium chloride has been removed, and the water evaporated. In China, it is called "Lushui”,Nigari or Lushui and consists mostly of magnesium chloride, with some MgSO4 and other trace elements. It is also an ingredient in baby formula milk.
Magnesium chloride has shown promise as a storage material for hydrogen gas. Ammonia can be effectively adsorbed onto solid magnesium chloride, forming Mg(NH3)6Cl2. When the ammonia is released by mild heat, and is then passed through a catalyst, hydrogen gas is retrieved.

An excellent magnesium ion source for synthesis and biology research

Magnesium Chloride is a source of magnesium, a color-retention agent, and firming agent. it exists as colorless flakes or crystals and is very soluble in water.

magnesium chloride: A white solid compound, MgCl2. The anhydrous salt (hexagonal; r.d. 2.32; m.p.714°C; b.p. 1412°C) can be prepared by the direct combination of dry chlorine with magnesium:
Mg(s) + Cl2(g) → MgCl2(s)
The compound also occurs naturally as a constituent of carnallite(KCl.MgCl2). It is a deliquescent compound that commonly forms the hexahydrate, MgCl2.6H2O (monoclinic;r.d. 1.57). When heated, this hydrolyses to give magnesium oxide and hydrogen chloride gas. The fused chloride is electrolysed to produce magnesium and it is also used for fireproofing wood, in magnesia cements and artificial leather, and as a laxative.

In the “Dow Process” (which is the electrolytic method of extracting bromine from brine), magnesium chloride is regenerated from magnesium hydroxide by hydrochloric acid:
Mg(OH)2(s)＋2HCl→MgCl2(aq)＋2H2O
It can also be prepared from MgCO3 by a sim