Also known as methylenedichloride and dichloromethane,CH2Cl2 is a colorless, volatile liquid with a penetrating ether-like odor that is soluble in alcohol and ether,and slightly soluble in water. Non-flammable and nonexplosive in air. Derivation is the chlorination of methylchloride and subsequent distillation. It is used in paint removers,solvent degreasing, plastics processing. blowing agent in foams, solvent extraction, solvent for cellulose acetate,and as an aerosol propellant.

Methylene chloride, a chlorinated solvent, is a volatile, colorless liquid with a sweet-smelling odor. It is often referred to as dichloromethane. Methylene chloride has many industrial uses, such as paint stripping, metal cleaning and degreasing. 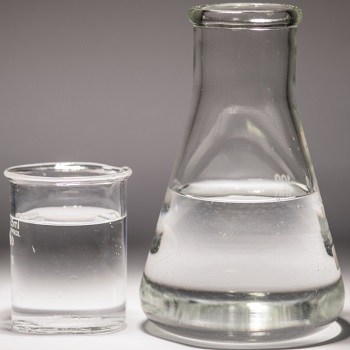 Methylene chloride does not occur naturally in the environment. Methylene chloride is used as an industrial solvent and as a paint stripper. It may also be found in some aerosol and pesticide products and is used in the manufacture of photographic film.

Methylene chloride is used as a solvent, especially where high volatility is required. It is a good solvent for oils, fats, waxes, resins, bitumen, rubber and cellulose acetate and is a useful paint stripper and degreaser. It is used in paint removers, in propellant mixtures for aerosol containers, as a solvent for plastics, as a degreasing agent, as an extracting agent in the pharmaceutical industry, and as a blowing agent in polyurethane foams. Its solvent property is sometimes increased by mixing with methanol, petroleum naphtha, or tetrachloroethylene.
Methylene chloride is the active ingredient in many formulations of paint removers including industrial paint and commercial furniture strippers, home paint removers, and products used for aircraft maintenance. The chemical has a unique ability to penetrate, blister, and lift a wide variety of paint coatings. Formulations of the chemical are used extensively in both flow-over and immersion (dip) tanks in furniture refmishing operations. For the maintenance of military and commercial aircraft, a methylene chloride-based product is often required to inspect the surface for damage.
Since the mid-1990s methylene chloride has replaced 1,1,1-trichloroethane in nonflammable adhesive formulations for industrial applications, including fabrication of upholstery foam. It provides adhesive formulations with strong, instant bonding characteristics and efficacy under extremes of temperature and humidity. In foam applications, use of methylene chloride eliminates the possibility of hard seams and allows for ready compliance with flammability requirements for upholstered furniture.
Methylene chloride is used in aerosols as a strong solvent, a flammability suppressant, vapor pressure depressant, and viscosity thinner. Current aerosol uses of methylene chloride include spray paints and lubricants.
Methylene chloride is a leading auxiliary blowing agent used in the production of slabstock flexible polyurethane foams for the furniture and bedding industries. Methylene chloride is used as an extractant in the recovery and purification of a wide variety of materials including oils, fats, and waxes. The chemical is used for the decaffeination of coffee and tea, oleoresin extraction from a variety of spices, and for the extraction of hops. As with tablet coatings, little or none of the chemical remains in the finished product.

Methylene Chloride was first prepared by Regnault in 1840 by the chlorination of methyl chloride in sunlight. It became an industrial chemical of importance during the Second World War. Two commercial processes are currently used for the production of Methylene Chloride—hydrochlorination of methanol and direct chlorination of methane (Rossberg et al., 1986; Holbrook, 1993).
The predominant method of manufacturing Methylene Chloride uses as a first step the reaction of hydrogen chloride and methanol to give methyl chloride. Excess methyl chloride is then mixed with chlorine and reacts to give Methylene Chloride, with chloroform and carbon tetrachloride as co-products. This reaction is usually carried out in the gas phase thermally but can also be performed catalytically or photolytically. At low temperature and high pressure, the liquid-phase process is capable of giving high selectivity for Methylene Chloride (Rossberg et al., 1986; Holbrook, 1993).
The older and currently less used production method for Methylene Chloride involves direct reaction of excess methane with chlorine at high temperatures (400–500°C), or at somewhat lower temperatures either catalytically or photolytically. Methyl chloride, chloroform and carbon tetrachloride are also produced as co-products (Rossberg et al., 1986; Holbrook, 1993).
World production of Methylene Chloride increased from 93 thousand tonnes in 1960 to an estimated 570 thousand tonnes in 1980 (Edwards et al., 1982) and is believed to be still several hundred thousand tonnes. Production in the United States has shown a steady decline from 1981 to 1993, as shown by the following figures (thousand tonnes): 1981, 404; 1984, 275; 1987, 234; 1990, 209; 1993, 160 (Anon., 1994, 1997). The total amount produced in western Europe ranged from 331 500 tonnes in 1986 to 254 200 tonnes in 1991 (WHO, 1996).

Methylene chloride has been suggested, and indeed is already in commercial use, as a substitute for chlorofluorocarbon auxiliary blowing agents. Methylene chloride is highly volatile (boiling point 39.8°C) and inert in polyurethane-forming mixtures. However, methylene chloride is a suspected carcinogen and has other deleterious effects on workers exposed to it. Accordingly, the concentration of methylene chloride in the air inside a foam plant must be kept low. The American Conference of Governmental Industrial Hygienists recommends that workers not be exposed to more than 50 ppm of the chemical, while the Occupational Safety and Health Administration’s Permissible Exposure Limit is 500 ppm. Keeping the levels of methylene chloride in a foam plant below 50 ppm may require additional ventilation equipment, with an associated increase in costs. In addition, the chemical is a recognized environmental pollutant, and both the federal and state governments are beginning to limit releases of the chemical from plants that employ it. Thus, in the near future, plants using methylene chloride as an auxiliary blowing agent may be faced with the substantial additional expense of installing scrubbers or similar equipment to remove methylene chloride from air and/or other gases discharged from the plant. In addition, California has recently proposed that emissions of methylene chloride in that state be subject to a heavy “pollution” tax, and other states are likely to follow a similar course.