Calcium formate is a white to almost white fine crystalline powder. It can be used an accelerator for the pozzolanic cement pastes. On the one hand, it shortens the initial and final setting times and increases the compressive strength and combined water content as well as gel/space ratio at all ages of hydration. On the other hand, it decreases the total porosity. It has been shown that it has a growth-promoting effect in weanling pigs challenged with E. coli, independently of their susceptibility to the intestinal adhesion of this strain. More importantly, calcium formate can be used as a nutrient supplement to the feed of young growing pigs or fattening poultry, further boosting the growth of animals and the feed utilization. At the same time, it causes a reduction of the occurrence of piglet diarrhea. 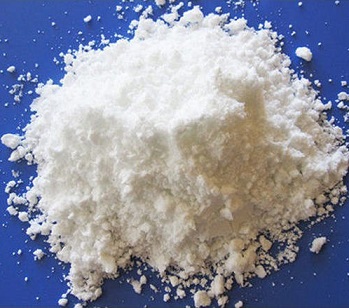 Calcium formate, Ca(HCOO)2, is the calcium salt of formic acid, HCOOH. It is also known as food additive E238 in food industry. The mineral form is very rare and called formicaite. It is known from a few boron deposits. It may be produced synthetically by reacting calcium oxide or calcium hydroxide with formic acid.

Calcium formate is white solid, solubility at 0 °C 13.90 g, at 40 °C 14.56 g, at 80 °C 15.22 g of anhydrous salt per 100 g saturated solution, formed by reaction of calcium carbonate or hydroxide and formic acid. Calcium formate, when heated with a calcium salt of a carboxylic acid higher in the series, yields an aldehyde.

Preservative for food, silage; as binder for fine-ore briquets; in drilling fluids and lubricants.
Calcium formate is an organic salt suitable for use in pig and poultry diets. It acts as a feedstock preservative and has an acidifying effect on the gastro-intestinal tract, which promotes good gut-health. The efficiency of pig and poultry feedstock digestion is dependent on the indigenous micro-organism concentration in the gastro-intestinal tract. With the approaching ban on the use of prophylactic antibiotics in animal feed as a means to control disease and promote growth, alternatives are needed to limit the proliferation of pathogenic bacteria in the gut which can impair feedstock digestion as well as cause enteric diseases such as E. Coli and Salmonella. Acidifiers such as calcium formate preserve the feedstock before consumption and lower the pH in the gastro-intestinal tract, creating unfavourable conditions for these bacteria to grow.
Calcium formate is used extensively in the leather industry as a masking agent in the chrome-tanning process. The addition of calcium formate to the tannage formulation promotes faster, more efficient penetration of the chrome in the leather. Calcium formate can also be used as a replacement for formic acid in the pickling operation.

Calcium formate can be used to prepare solutions of other water-soluble formate salts. For example, the addition of nickel (II) sulfate to a solution of calcium formate results in the precipitation of insoluble calcium sulfate, leaving nickel (II) formate in solution:
Ca(OOCH)2 + NiSO1 → CaSO4 + Ni(OOCH)2
In a similar reaction, sulfuric acid reacts with calcium formate to provide low-cost solutions of formic acid:
Ca(OOCH)2 + H2 SO4 → CaSO4 + 2HCOOH
When heated, calcium formate decomposes to calcium carbonate and formaldehyde:
Ca(OOCH)2 → CaCO3 + HCHO
Calcium formate can be used as a low-cost reducing agent in the conversion of carboxylic acids to aldehydes. This process is an effective substitute for the troublesome Rosenmund reduction.
(RCOO)2Ca + (HCOO)2CA → 2RCH + 2CaCO3

Recrystallise it from water (5mL/g) by partial evaporation in a desiccator. [Beilstein 2 IV 16.]

Calcium formate has a low order of toxicity. In rats, the acute oral LD50 is 2650mg/kg; by intravenous injection, the LD50 is 154mg/kg.
In a study with rats, calcium formate added to the drinking water at 0.2% for 3 years or 0.4% for 2 years didn't affect growth, fertility or function in up to 5 generations.
Calcium formate would be expected to be irritating to the eyes and skin. In case of eye contact, immediately flush the eyes with water for 15 minutes. Avoid prolonged or repeated exposure of the skin.