n-Hexane is a highly flammable liquid, usually isolated from crude oil, and has extensive industrial applications as a solvent in adhesive bandage factories and other industries. 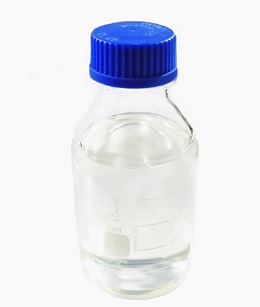 Clear, colorless, very flammable liquid with a faint, gasoline-like odor. An odor threshold concentration of 1.5 ppmv was reported by Nagata and Takeuchi (1990).

Determining refractive index of minerals; filling for thermometers instead of mercury, usually with a blue or red dye; extraction solvent for oilseed processing.

n-Hexane is a chief constituent of petroleumether, gasoline, and rubber solvent. It is usedas a solvent for adhesives, vegetable oils,and in organic analysis, and for denaturingalcohol.

HEXANE may be sensitive to light. Hexane may also be sensitive to prolonged exposure to heat. Hexane can react vigorously with oxidizing materials. This would include compounds such as liquid chlorine, concentrated O2, sodium hypochlorite and calcium hypochlorite. Hexane is also incompatible with dinitrogen tetraoxide. Hexane will attack some forms of plastics, rubber and coatings. .

n-Hexane is a respiratory tract irritant andat high concentrations a narcotic. Its acutetoxicity is greater than that of n-pentane.Exposure to a concentration of 40,000 ppmfor an hour caused convulsions and death inmice. In humans a 10-minute exposure toabout 5000 ppm may produce hallucination,distorted vision, headache, dizziness, nausea,and irritation of eyes and throat. Chronicexposure to n-hexane may cause polyneuritis.
The metabolites of n-hexane injected inguinea pigs were reported as 2,5- hexanedioneand 5-hydroxy-2-hexanone, which arealso metabolites of methyl butyl ketone(DiVincenzo et al. 1976). Thus methyl butylketone and n- hexane should have similartoxicities. The neurotoxic metabolite, 2,5-hexanedione, however, is produced considerablyless in n-hexane. However, in the caseof hexane, the neurotoxic metabolite 2,5-hexanedione is produced to a much lesserextent. Continuous exposure to 250 ppmn-hexane produced neurotoxic effects in animals. Occupational exposure to 500 ppmmay cause polyneuropathy (ACGIH 1986).
Inhalation of n-hexane vapors have shownreproductive effects in rats and mice.

Hexane is extremely flammable (NFPA rating = 3), and its vapor can travel a considerable distance to an ignition source and "flash back." Hexane vapor forms explosive mixtures with air at concentrations of 1.1 to 7.5 % (by volume).
Hydrocarbons of significantly higher molecular weight have correspondingly higher vapor pressures and therefore present a reduced flammability hazard. Carbon dioxide or dry chemical extinguishers should be used for hexane fires.

n-Hexane is industrial chemical, emul sifier, in manufacture of plastics, resins; as a solvent, par ticularly in the extraction of edible fats and oils; as a laboratory reagent; and as the liquid in low temperature thermometers. Technical and commercial grades consist of 45 85% hexane, as well as cyclopentanes, isohexane, and 1% to 6% benzene.

Male rabbits exposed to 3000 ppm hexane (8 h/day, 6 days/week for 24 weeks) developed papillary proliferation of nonciliated bronchiolar cells. No tumors were found in mice painted with hexane and croton oil as cocarcinogen, presumably for the lifetime of each animal. Hexane is inactive as a tumorpromoting agent.

In diesel engine exhaust at a concentration of 1.2% of emitted hydrocarbons (quoted, Verschueren, 1983).
A constituent in gasoline. Harley et al. (2000) analyzed the headspace vapors of three grades of unleaded gasoline where ethanol was added to replace methyl tert-butyl ether. The gasoline vapor concentrations of hexane in the headspace were 4.31 wt % for regular grade, 3.74.8 wt % for midgrade, and 2.3 wt % for premium grade.
Gas-phase tailpipe emission rates from gasoline-powered automobiles with and without catalytic converters were 1.82 and 268 mg/km, respectively (Schauer et al., 2002).

Biological. Hexane may biodegrade in two ways. The first is the formation of hexyl hydroperoxide, which decomposes to 1-hexanol followed by oxidation to hexanoic acid. The other pathway involves dehydrogenation to 1-hexene, which may react with water giving 1-hexanol (Dugan, 1972). Microorganisms can oxidize alkanes under aerobic conditions (Singer and Finnerty, 1984). The most common degradative pathway involves the oxidation of the terminal methyl group forming 1-hexanol. The alcohol may undergo a series of dehydrogenation steps forming a hexanal followed by oxidation to form hexanoic acid. The fatty acid may then be metabolized by β-oxidation to form the mineralization products, carbon dioxide and water (Singer and Finnerty, 1984).
Photolytic. An aqueous solution irradiated by UV light at 50 °C for 1 d resulted in a 50.51% yield of carbon dioxide (Knoevenagel and Himmelreich, 1976). Synthetic air containing gaseous nitrous acid and exposed to artificial sunlight (λ = 300–450 nm) photooxidized hexane into two isomers of hexyl nitrate and peroxyacetal nitrate (Cox et al., 1980).
Chemical/Physical. Complete combustion in air yields carbon dioxide and water vapor.

hexane should be used only in areas free of ignition sources, and quantities greater than 1 liter should be stored in tightly sealed metal containers in areas separate from oxidizers.

Purify as for n-heptane. Modifications include the use of chlorosulfonic acid or 35% fuming H2SO4 instead of conc H2SO4 in washing the alkane, and final drying and distilling from sodium hydride. Unsaturated impurities can be removed by shaking the hexane with nitrating acid (58% H2SO4, 25% conc HNO3, 17% water, or 50% HNO3, 50% H2SO4), then washing the hydrocarbon layer with conc H2SO4, followed by H2O, drying, and distilling over sodium or n-butyl lithium. It can also be purified by distillation under nitrogen from sodium benzophenone ketyl solubilised with tetraglyme. Also purify it by passage through a silica gel column followed by distillation [Kajii et al. J Phys Chem 91 2791 1987]. It is a FLAMMABLE liquid and a possible nerve toxin. [Beilstein 1 IV 338.] Rapid purification: Distil, discarding the first forerun and stored over 4A molecular sieves.

May form explosive mixture with air. Contact with strong oxidizers may cause fire and explo sions. Contact with dinitrogen tetraoxide may explode @ 28℃.Attacks some plastics, rubber and coatings. May accumulate static electrical charges, and may cause ignition of its vapors.

Dissolve or mix the material with a combustible solvent and burn in a chemical incinera tor equipped with an afterburner and scrubber. All federal, state, and local environmental regulations must be observed.