Also known as 2-phenylpropane, Isopropylbenzene, or 1-methyl ethyl benzene, cumene is an aromatic hydrocarbon that is volatile, colorless liquid and has a smell similar to gasoline. Cumene is a natural component of crude oil, coal tar, and can be utilized as a blending component in gasoline. The compound is commonly found in Ceylan cinnamon and is a trace ingredient of ginger oil.

Cumene is a colorless liquid. Sharp, penetrating, aromatic odor, like gasoline. It is nearly insoluble in water but is soluble in alcohol and many other organic solvents (Windholz, 1983). Structurally, cumene is a member of the alkyl aromatic family of hydrocarbons, which also includes toluene (methylbenzene) and ethylbenzene. Cumene is a natural component of crude oil. It occurs in cigarette smoke and naturally in the environment in plants. 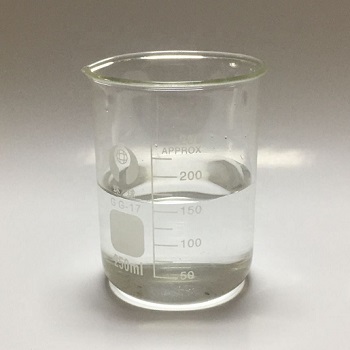 Cumene is an important industrial intermediate in the manufacture of phenolic and polycarbonate resins，nylon and epoxy and is conventionally produced by the Friedel Crafts alkylation of benzene with propylene.

Isopropylbenzene can be generated by alkylation or reacting benzene and propylene in the presence of an acid catalyst (1). Most of the modern plants that produce cumene use phosphoric acid as a catalyst, while some use a Friedel-Crafts reaction with aluminum trichloride (1). The reactions involved in the production of cumene from benzene and propylene are as follows:
C3H6 + C6H6 = C6H5-C3H7
The catalytic process that is usually optimized at 25 atm. and 350oC is the best technology for the production of isopropylbenzene

Industrial Use
Cumene is utilized in the production of phenol or its product, acetone that is widely used in the manufacture of plastics and petroleum products. It is also used in the production of methyl styrene and acetophenone as well as a thinner in lacquers, paints, and enamels. In addition, the compound is used as a solvent in the manufacture of iron, rubber, and steel as well as paper and pulp.
Pharmaceutical Use
Cumene hydroperoxide produces oxidative stress in the various steps of protein synthesis. Cumene hydroperoxide is used to probe isoenzyme specificity as well as region-and stereoselectivity.

Cumene is a naturally occurring constituent of crude oil and may be released to the environment from a number of anthropogenic sources, including processed hydrocarbon fuels. Crude oils typically contain approximately 0.1 wt% of cumene, but concentrations as high as 1.0 wt% have been reported.Measurements of various grades of petrol revealed that cumene concentrations range from 0.14 to 0.51 vol% and that the average cumene concentration was 0.3 vol%. Premium diesel fuel contains 0.86 wt% of cumene; furnace oil (no. 2) contains 0.60 wt%.

Cumene vaporizes when released into the air where it is immediately reacted into other chemicals. However, in soil and water, bacteria degrade the chemical. Industrial emissions of the compound can lead to elevated concentrations in the atmosphere around the source.

Primarily, humans are exposed to cumene at industrial workplaces that use or produce the compound (2). However, reports have indicated low exposure concentrations during the production of cumene. On the other hand, succeeding reactions of the compound may occur in closed systems.
Employers and workers must follow safe handling practices that are often found in the Manufacturer's Safety Data Sheet to enhance employee safety. Inhalation exposure to the chemical may cause drowsiness, dizziness, headaches, unconsciousness, and slight incoordination. It is an irritant when exposed to the skin and eye.
As such, workers should wear protective clothing, gloves, respirators, and safety goggles. Furthermore, workplaces that cumene is being handled or produced should be well-ventilated to minimize the potential for employee exposure.

cumene is oxidized to its hydroperoxide, which is used to produce propene oxide. The alcohol produced is subsequently converted back to cumene over a copper-chromium oxide catalyst to be reused in the process. The advantage of this process is that cumene is easier to hydroperoxidate (more stable).

It is used as a solvent and in the productionof phenol, acetone, and acetophenone.

Mixing CUMENE in equal molar portions with any of the following substances in a closed container caused the temperature and pressure to increase: chlorosulfonic acid, nitric acid, oleum, NFPA 1991.

Narcotic action with long-lasting effects; depressant to central nervous system. Acute (short-term) inhalation exposure to cumene may cause headaches, dizziness, drowsiness, slight incoordination, and unconsciousness in humans. Cumene has a potent central nervous system (CNS) depressant action characterized by a slow induction period and long duration of narcotic effects in animals. Cumene is a skin and eye irritant. No information is available on the chronic (long-term), reproductive, developmental, or carcinogenic effects of cumene in humans. Animal studies have reported increased liver, kidney, and adrenal weights from inhalation exposure to cumene. EPA has classified cumene as a Group D, not classifiable as to human carcinogenicity.

Cumene is an irritant to the eyes, skin, andupper respiratory system, and a low acutetoxicant. It is narcotic at high concentrations.The narcotic effect is induced slowly andis of longer duration relative to benzeneand toluene (ACGIH 1986). Although thetoxicity may be of same order, the hazardfrom inhalation is low due to its high boilingpoint and low vapor pressure. An exposureto 8000 ppm for 4 hours was lethal to rats.The oral toxicity of cumene was determinedto be low in animals. In addition to narcosis, itcaused gastritis. An LD50 value documentedfor mice is 1400 mg/kg (NIOSH 1986).
Chronic inhalation toxicity of cumene wasvery low in animals. Repeated exposurescaused congestion in the lungs, liver, andkidney and an increase in the kidney weight.A major portion of cumene absorbed into the body is metabolized in the liver andexcreted. The urinary metabolites constitutedconjugated alcohols or acids.

Moderately toxic by ingestion. Mdly toxic by inhalation and skincontact. Human systemic effects by inhalation: an antipsychotic, unspecified changes in the sense of smell and respiratory system. An eye and skin irritant. Potential narcotic action. Central nervous system depressant. There is no apparent difference between the toxicity of natural cumene and that derived from petroleum. See also BENZENE and TOLUENE. Flammable liquid when exposed to heat or flame; can react with oxidizing materials. Violent reaction with HNO3, oleum, chlorosulfonic acid. To fight fKe, use foam, CO2, dry chemical.

Cumene is a constituent of crude oil and finished fuels.  It is released to the environment as a result of its production and processing from petroleum refining, the evaporation and combustion of petroleum products, and by the use of a variety of products containing cumene.
The most probable route of human exposure is by the inhalation of contaminated air from the evaporation of petroleum products.
Exposure may also occur through the consumption of contaminated food or water.

Cumene is used primarily in the manufacture acetone and phenol which are widely used as solvents for paints, laquers, and varnishes and to make plastics. Cumene is used in gasoline blending and as a high-octane gasoline component. It is also found as a component in tobacco smoke.

Cumene was not a developmental toxicant in either rats or rabbits after exposure to levels (1200ppm and 2300ppm, respectively) associated with maternal toxicity.9 Most genotoxic tests with cumene have been negative.
The LD50 for penetration of rabbit skin was 12.3 ml/kg after 14 days.4 Contact of the liquid with the skin causes erythema and irritation. 11 Eye contamination may produce conjunctival irritation.
It generally is agreed that cumene has no damaging effect on the hematopoietic system, despite its chemical similarity to benzene.5 Furthermore, cumene is not anticipated to be a significant carcinogenic hazard because it is metabolically similar to toluene, a substance that showed no carcinogenic activity in 2-year inhalation studies.

Dissolve or mix the material with a combustible solvent and burn in a chemical incinerator equipped with an afterburner and scrubber. All federal, state, and local environmental regulations must be observed.