Glycidyl methacrylate (GMA) is a colorless liquid with a fruity odor. Floats on water. (USCG, 1999) 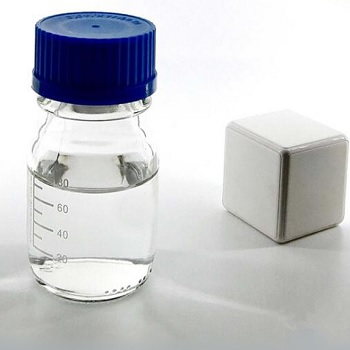 Glycidyl methacrylate is a polyfunctional monomer. It acts as an adhesion promoting crosslinking co-monomer for acrylic and vinyl resins. It is also a reactive colorless diluent. GMA is soluble in ethanol, acetone, diethyl ether, benzene.

Glycidyl methacrylate (GMA) is a kind of functional monomer. Its active vinyl and epoxy groups could be grafted with polyolefin and reacted with the polar groups such as amine, hydroxyl and carboxyl group, respectively. It can also undergo polymerization to form poly (glycidyl methacrylate).

Colorless liquid with a fruity odor. Floats on water.

Epoxides, such as Glycidyl methacrylate, are highly reactive. They polymerize in the presence of catalysts or when heated. These polymerization reactions can be violent. Compounds in this group react with acids, bases, and oxidizing and reducing agents. They react, possibly violently with water in the presence of acid and other catalysts.

The liquid irritates eyes about as much as soap. Prolonged contact with skin produces irritation and dermatitis.