Calcium chloride, CaC12, is colorless deliquescent solid that is soluble in water and ethanol. It is formed from the reaction of calcium carbonate and hydrochloric acid or calcium hydroxide and ammonium chloride. It is used in medicine, as an antifreeze, and as a coagulant. 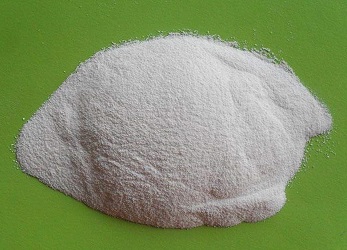 Calcium chloride (CaCl2) has many uses. It is used as a drying agent and to melt ice and snow on highways, to control dust, to thaw building materials (sand, gravel, concrete, and so on). It is also used in various food and pharmaceutical industries and as a fungicide.

Calcium chloride, CaC12, is colorless deliquescent solid that is soluble in water and ethanol. It is formed from the reaction of calcium carbonate and hydrochloric acid or calcium hydroxide and ammonium chloride. It is used in medicine, as an antifreeze, and as a coagulant.

Calcium chloride occurs as a white or colorless crystalline powder, granules, or crystalline mass, and is hygroscopic (deliquescent).

White crystal, powder or flake; highly hygroscopic; the compound and its solutions absorb moisture from the air at various rates depending on calcium chloride concentrations, relative humidity and vapor pressure of water in the air, temperature, surface area of exposed material, and the rate of air circulation; at 40% and 95% relative humidity and 25°C, one gram anhydrous calcium chloride may absorb about 1.4 g and 17 g water, respectively. (Shearer, W. L. 1978 . In Kirk-Othmer Encyclopedia of Chemical Technology, 3rd ed., vol. 4, pp. 432-6. New York: Wiley Interscience); density 2.15, 2.24, 1.85, 1.83 and 1.71 g/cm3 for the anhydrous salt and its mono-, di-, tetra- and hexahydrates, respectively; anhydrous salts melts at 772°C, while the mono-, di-, tetra- and hexahydrates decompose at 260°, 175°, 45.5° and 30°C, respectively; the anhydrous salt vaporizes at 1,935°C; highly soluble in water, moderate to high solubility in alcohol.

Calcium chloride may be found in nature as the mineral tachhydrite, CaCl2?2MgCl2?12H2O. It also is found in other minerals. Its concentration in sea water is about 0.15%.
Calcium chloride has several industrial applications. The major applications of this compound are in deicing of roads, dust control, imparting stability to roads and buildings, and to improve traction in tractor tires. It is mixed with ice to make freezing mixtures. Hexahydrate mixed with crushed ice can lower the temperature of the cooling bath to below -50°C. It also is used as a desiccant for dehydrating gases and liquids. It is added to cement in various proportions to manufacture different types of concrete. Other uses are in adhesives, to lower gel temperatures, and as a calcium source in liquid feed supplements for dairy cattle. Also, the compound is used to control particle size development and reduce coalescence in plastics.

Calcium chloride is one of the most versatile of the basic chemicals.It has several common applications such as brine for refrigeration plants, ice and dust control on roads, and in concrete. The anhydrous salt is also widely used as a desiccant, where it will absorb so much water that it will eventually dissolve in its own crystal lattice water (water of hydration). It can be produced directly from limestone, but large amounts are also produced as a by-product of the “Solvay Process” (which is a process to produce soda ash from brine).
Calcium chloride is also commonly used as an additive in swimming pool water as it increases the “calcium hardness” value for the water.Other industrial applications include use as an additive in plastics, as a drainage aid for wastewater treatment, as an additive in fire extinguishers, as an additive in control scaffolding in blast furnaces, and as a thinner in “fabric softeners”.
Calcium chloride is commonly used as an “electrolyte” and has an extremely salty taste, as found in sports drinks and other beverages such as Nestle bottled water. It can also be used as a preservative to maintain firmness in canned vegetables or in higher concentrations in pickles to give a salty taste while not increasing the food’s sodium content. It is even found in snack foods, including Cadbury chocolate bars.In brewing beer, calcium chloride is sometimes used to correct mineral deficiencies in the brewing water. It affects flavor and chemical reactions during the brewing process, and it can also affect yeast function during fermentation.
Calcium chloride can be injected as intravenous therapy for the treatment of “hypocalcemia” (low serum calcium). It can be used for insect bites or stings (such as Black Widow spider bites), sensitivity reactions, particularly when characterized by “urticaria” (hives).

Obtained as a by-product in the manufacture of potassium chlorate. The white crystals, soluble in water and alcohol, are deliquescent and must be kept in a well-stoppered bottle. Calcium chloride was used in iodized collodion formulas and in collodion emulsions. It was also an important desiccating substance used in tin calcium tubes designed to store presensitized platinum papers.

Calcium chloride is highly hygroscopic and is often used as a desiccant.

calcium chloride is an astringent. It also helps improve the reaction among certain ingredients used in cosmetic formulations. This inorganic salt is no longer commonly used in skin care products and is being replaced with potassium chloride.

Calcium chloride is a principal byproduct from the Solvay process.

calcium chloride: A white deliquescentcompound, CaCl2, which issoluble in water; r.d. 2.15; m.p.782°C; b.p. >1600°C. There are anumber of hydrated forms, includingthe monohydrate, CaCl2.H2O, the dihydrate,CaCl2.2H2O (r.d. 0.84), andthe hexahydrate, CaCl2.6H2O (trigonal;r.d. 1.71; the hexahydrate loses4H2O at 30°C and the remaining2H2O at 200°C). Large quantities of itare formed as a byproduct of theSolvay process and it can be preparedby dissolving calcium carbonateor calcium oxide in hydrochloricacid. Crystals of the anhydrous saltcan only be obtained if the hydratedsalt is heated in a stream of hydrogenchloride. Solid calcium chloride isused in mines and on roads to reducedust problems, whilst the molten saltis the electrolyte in the extraction ofcalcium. An aqueous solution of calciumchloride is used in refrigerationplants.

The main applications of calcium chloride as an excipient relate to its dehydrating properties and, therefore, it has been used as an antimicrobial preservative, as a desiccant, and as an astringent in eye lotions.
Therapeutically, calcium chloride injection 10% (as the dihydrate form) is used to treat hypocalcemia.

Calcium chloride is used as road salt for melting snow, a drying agent in desiccators, for dehydrating organic liquids and gases, in refrigeration brines and antifreeze, as a dust-proofing agent, food additives, concrete hardening accelerator, and others. May react with strong oxidizers.

Calcium chloride is chemically stable; however, it should be protected from moisture. Store in airtight containers in a cool, dry place.

There are no label or maximum shipping quantity requirements set by DOT.

It is available as fused granules or cubic crystals. It is very hygroscopic, very soluble in H2O (exothermic), and EtOH. Store it in a tightly closed container. [Ehrlich in Handbook of Preparative Inorganic Chemistry (Ed. Brauer) Academic Press Vol I p 931 1963.]

Calcium chloride is incompatible with soluble carbonates, phosphates, sulfates, and tartrates. It reacts violently with bromine trifluoride, and a reaction with zinc releases explosive hydrogen gas. It has an exothermic reaction with water, and when heated to decomposition it emits toxic fumes of chlorine.