white to grey granules or powder

Sodium is a strong alkaline flux of low toxicity that creates brightly colored glazes. Its exact melting point is 1652°F (900°C) but it begins melting at about 1580°F (860°C), so it's best to begin to reduce high-sodium glazes at this point. 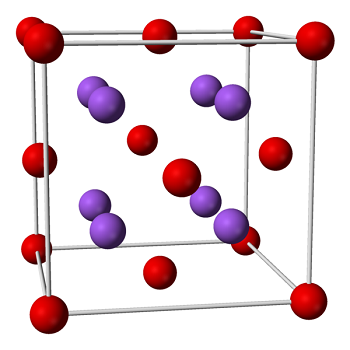 Sodium oxide is a powerful flux at all temperatures. You'll often see it written as KNaO because it's similar to potassium oxide (K2O) in color response and expansion and contraction rate. Often the insoluble source of sodium oxide includes some potassium oxide; for example, feldspars, which are the primary source of sodium in high-fire glazes, usually contain varying amounts of both sodium and potassium oxides.Most sodium oxide sources are soluble and can act as deflocculants in a glaze slurry or a casting slip. Glazes such as copper red or carbon trap shinos,which have soluble sources of sodium oxide like soda ash, borax, ornepheline syenite, can easily become deflocculated.
One interesting characteristic of sodium oxide is that it's volatile above 2012°E (1100°C)and will cause flashing on a clay body as it leaves the glaze. For this rcason it's widely used in such vapor glazing techniques as soda and salt firing.
Sodium exhibits a low viscosity and low surface tension so if it's used in high enough quantities it will cause glazes to run. It also has a high expansion and contraction rate and will often cause crazing in glazes.Sodium oxidc creatcs soft glaze surfaces that are easily abraded by cutlery, acids,and bases (detergents).
Insoluble sources of sodium oxide include sodium feldspars,Minspar, Kona F-4, NC-4, Bainbridge, Eureka, Godfrey, and cryolite. It's also present in potash feldspars, including Custer, G-200, K-200, Plastic Vitrox, Cornwall stone,volanic ash, and rottenstone.Soluble forms of sodium oxide include soda ash, baking soda, salt, borax, unwashed wood as, Gerstley borate and its substitutes, and sodium silicate. Nepheline syenite and most frits are slightly soluble.

As a dehydrating agent; in certain chemical reactions as a polymerizing or condensing agent.

A white solid formed by burning sodium in a deficiency of oxygen or alternatively by reducing sodium peroxide or sodium hydroxide with the requisite amount of sodium. It reacts violently with water to form sodium hydroxide and with acids to form solutions of their salts. Sodium monoxide forms cubic crystals. It dissolves in liquid ammonia to give a mixture of sodamide and sodium hydroxide.

sodium monoxide: A whitish-greydeliquescent solid, Na2O; r.d. 2.27;sublimes at 1275°C. It is manufacturedby oxidation of the metal in alimited supply of oxygen and purifiedby sublimation. Reaction with waterproduces sodium hydroxide. Its commercialapplications are similar tothose of sodium hydroxide.