tert-butyl alcohol, (CH3)3COH, also known as tert-Butanol, is a white crystalline solid or colorless liquid (above 77 °F) with a camphor-like odor (IPCS, 1987a; NIOSH, 2005). It is soluble in water and miscible with alcohol, ether, and other organic solvents (IPCS, 1987a). It is highly flammable and easily ignited by heat, sparks, or flames; vapors may form explosive mixtures with air. Fire and explosion may result from contact with oxidizing agents, strong mineral acids, or strong hydrochloric acid (NIOSH,1992). 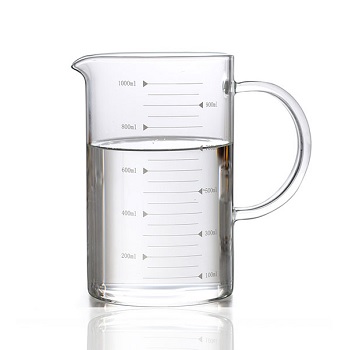 tert-Butanol has been used for a variety of other purposes, including as a dehydrating agent and solvent. tert-butanol is a polar organic solvent that is used in such large scale applications as the manufacture of flavors, perfumes, and paint removers. It is also utilized as a denaturant for ethyl alcohol.
Tert-butanol is a metabolite of the gasoline additive methyl tert-butyl ether (MTBE).
tert-Butanol also is used to manufacture methyl methacrylate plastics and flotation devices. Cosmetic and food-related uses include the manufacture of flavors, and, because of its camphor-like aroma, it also is used to create artificial musk, fruit essences, and perfume (HSDB, 2007). It is used in coatings on metal and paperboard food containers (Cal/EPA, 1999) and industrial cleaning compounds, and can be used for chemical extraction in pharmaceutical applications (HSDB, 2007).

tert-Butyl alcohol is used as a solvent (e.g., for paints, lacquers, and varnishes); as a denaturant for ethanol and several other alcohols; as an octane booster in gasoline; as a dehydrating agent; as a chemical intermediate in the manufacturing of methyl methacrylate; and in the manufacturing of flotation agents, fruit essences, and perfumes.

tert-Butyl alcohol is used in the production of tert-butyl chloride, tert-butyl phenol, andisobutylene; in the preparation of artificial musk; and in denatured alcohols.

t-Butyl alcohol is produced as a by-product from the isobutane oxidation process for manufacturing propylene oxide. t-Butyl alcohol is also produced by the acidcatalyzed hydration of isobutylene, a process no longer used in the United States.

Tert-butanol is a tertiary alcohol alcohol that is isobutane substituted by a hydroxy group at position 2. It has a role as a human xenobiotic metabolite. It derives from a hydride of an isobutane.

Attacks plastics. [Handling Chemicals Safely 1980. p. 236]. Acetyl bromide reacts violently with alcohols or water [Merck 11th ed. 1989]. Mixtures of alcohols with concentrated sulfuric acid and strong hydrogen peroxide can cause explosions. Example: an explosion will occur if dimethylbenzylcarbinol is added to 90% hydrogen peroxide then acidified with concentrated sulfuric acid. Mixtures of ethyl alcohol with concentrated hydrogen peroxide form powerful explosives. Mixtures of hydrogen peroxide and 1-phenylm-2-methyl propyl alcohol tend to explode if acidified with 70% sulfuric acid [Chem. Eng. News 45(43):73 1967; J, Org. Chem. 28:1893 1963]. Alkyl hypochlorites are violently explosive. They are readily obtained by reacting hypochlorous acid and alcohols either in aqueous solution or mixed aqueous-carbon tetrachloride solutions. Chlorine plus alcohols would similarly yield alkyl hypochlorites. They decompose in the cold and explode on exposure to sunlight or heat. Tertiary hypochlorites are less unstable than secondary or primary hypochlorites [NFPA 491 M 1991]. Base-catalysed reactions of isocyanates with alcohols should be carried out in inert solvents. Such reactions in the absence of solvents often occur with explosive violence [Wischmeyer 1969].

tert-Butyl alcohol is more toxic than secbutylalcohol but less toxic than the primaryalcohol. However, its narcotic actionis stronger than that of n-butanol. Inhalationmay cause drowsiness and mild irritationof the skin and eyes. Ingestion may produceheadache, dizziness, and dry skin.
Acute oral LD50 value (rats): 3500 mg/kg.

Butyl alcohols are used as solvents for paints, lacquers, varnishes, natural and synthetic resins, gums, vegetable oils, dyes, camphor, and alkaloids. They are also used as an intermediate in the manufacture of pharmaceuticals and chemicals; in the manufacture of artificial leather, safety glass; rubber and plastic cements, shellac, raincoats, photographic films, perfumes; and in plastic fabrication.

Detected in a distilled water-soluble fraction of 94 octane unleaded gasoline at a concentration of 3.72 mg/L (Potter, 1996)

tert-Butanol is synthesised commercially by the hydration of 2-methylpropene in dilute H2SO4. Dry it with CaO, K2CO3, CaSO4 or MgSO4, filter and fractionally distil it. Dry further by refluxing with, and distilling from, either magnesium activated with iodine, or small amounts of calcium, sodium or potassium, under nitrogen. Passage through a column of type 4A molecular sieve is another effective method of drying; as well as refluxing with tert-butyl phthalate or succinate. (For method see Ethanol.) Other methods include refluxing with excess aluminium tert-butylate, or standing with CaH2, and distilling as needed. Further purification is achieved by fractional crystallisation by partial freezing, taking care to exclude moisture. tert-Butyl alcohol samples containing much water can be dried by adding *benzene, so that the water distils off as a tertiary azeotrope, b 67.3o. Traces of isobutylene have been removed from dry tert-butyl alcohol by bubbling dry pre-purified nitrogen through for several hours at 40-50o before using. It forms azeotropic mixtures with a large number of compounds. It has also been purified by distillation from CaH2 into Linde 4A molecular sieves which had been activated at 350o for 24hours [Jaeger et al. J Am Chem Soc 101 717 1979]. [Beilstein 1 IV 1609.] Rapid purification: Dry tert-butanol over CaH2 (5% w/v), distil and store it over 3A molecular sieves.

Incineration, or bury absorbed waste in an approved land fill.