Magnesium stearate is a kind of fatty acid salt type anionic surfactant with its appearance being white powder with slight special smell and creamy feeling. It can be soluble in hot aliphatic hydrocarbons, hot arene and hot grease but insoluble in alcohol and water with being decomposed into stearic acid and corresponding magnesium salts in case of acid. Magnesium stearate has an excellent adhesion property to the skin with excellent lubrication property. It can be applied to powder products in cosmetics and can improve adhesion and lubrication. 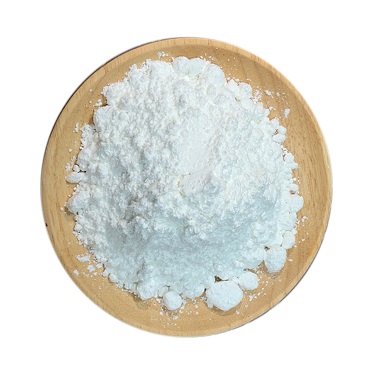 Magnesium stearate can be used as PVC heating stabilizers with the stability performance being similar to calcium stearate and can be combined with zinc or calcium soaps for being applied to food packaging material but without very wide application.
Magnesium stearate can be used as a mold releasing agent of plastic products, face powder of cosmetics, the raw material of skin ointment, the powder molding tablet of pharmaceutical tablets and translucent flatting agent of paint.
Laboratory, through the replacement reaction of sodium stearate and magnesium sulfate, is able to get finished product of magnesium stearate and can also apply the combination reaction between edible solid organic acids (stearic acid, palmitic acid) mixture and magnesium oxide compounds and further refinement to make it.

Magnesium stearate is a fatty acid, salt-type anionic surfactant with its appearance being white powder with a creamy feeling. It is a compound of magnesium with a mixture of solid organic acids obtained from edible sources and consists chiefly of variable proportions of magnesium stearate and magnesium palmitate.
It appears as bright white soft powder with the industrial products containing a small amount of oleic acid and 7% magnesium oxide and is odorless and tasteless. It is slightly soluble in water and soluble in hot ethanol.

Magnesium stearate has been widely used for many decades in the food industry as an emulsifier, binder and thickener, as well as an anticaking, lubricant, release, and antifoaming agent. It is present in many food supplements, confectionery, chewing gum, herbs and spices, and baking ingredients. Magnesium stearate is also commonly used as an inactive ingredient in the production of pharmaceutical tablets, capsules and powders. The main reason for its good lubricating properties is its hydrophobic nature and an ability to reduce friction between tablets and die wall during the ejection process.
Magnesium stearate can be regarded as being non-toxic, the United States, Germany and Japan allow it to be applied to products being contact with food. However, it doesn’t have wide application to be applied as PVC heat stabilizers. In China and some other countries Pharmacopoeia, there are always records of this specie. The pharmacopeia has also made provisions on the magnesium content, moisture, heavy metals, iron, sulfate and chloride content.

Magnesium stearate is the magnesium salt of stearic acid that possess lubricating properties and hence prevents ingredients from sticking to manufacturing equipment during the compression of chemical powders into solid tablets. It has been used as a tablet and capsule lubricant. It has also been used for preparing microcapsules. Dry coating of drugs with magnesium stearate leads to flow improvement, flow-aid and lubrication effects, tabletability as well as non-inhibited dissolution rate.

Magnesium stearate is considered to be non-toxic, and is Generally Recognized As Safe (GRAS) by the U.S. Food and Drug Administration (FDA). It is approved for use in food and dietary supplements as a lubricant and release agent, emulsifier, binder, thickener, anticaking and anti-foaming agent. In addition to the United States, it is accepted as a safe food additive in Europe, the UK, and Canada. A specification for magnesium stearate is also included in the Food Chemicals Codex (FCC), a collection of internationally recognized standards for the purity and identity of food ingredients. According to the FDA, there is no evidence to suggest that magnesium stearate causes adverse effects when used “at levels that are now current and in the manner now practiced, or which might reasonably be expected in the future.” Animal research shows that orally-administered magnesium stearate is non-toxic far beyond the commonly used amounts. Additionally, as recently as 2015, the Joint FAO/WHO Expert Committee on Food Additives (JECFA) conducted a safety assessment of magnesium stearate and found no concerns regarding its continued use or safety.

Magnesium stearate, also called octa decanoic acid, magnesium salt, is a white substance, powder which becomes solid at room temperature. It has the chemical formula Mg(C18H35O2)2. It is a salt containing two equivalents of stearate (the anion of stearic acid) and one magnesium cation (Mg2+). Magnesium stearate melts at about 120 °C, is not soluble in water, and is generally considered safe for human consumption at levels below 2500 mg/kg per day.In 1979, the FDA's Subcommittee on GRAS (generally recognized as safe) Substances (SCOGS) reported, "There is no evidence in the available information on ... magnesium stearate ... that demonstrates, or suggests reasonable grounds to suspect, a hazard to the public when they are used at levels that are now current and in the manner now practiced, or which might reasonably be expected in the future.".

Magnesium stearate is a compound of magnesium with a mixture of solid organic acids obtained from edible sources and consists chiefly of variable proportions of magnesium stearate and magnesium palmitate. It occurs as a fine, white, bulky powder having a faint, characteristic odor. It is unctuous and is free from grittiness. It is insoluble in water, in alcohol, and in ether. It conforms to the regulations of the U.S. Food and Drug Administration pertaining to specifications for salts of fatty acids derived from edible fat sources.

Magnesium stearate is a very fine, light white, precipitated or milled, impalpable powder of low bulk density, having a faint odor of stearic acid and a characteristic taste. The powder is greasy to the touch and readily adheres to the skin. nonflammable used in baby dusting powder(s) and as tablet lubricant.

widely used in the fields of the plastic, mold-releasing agent for tablets (need meeting the medicine criterion), emulsifying agents of cosmetics. It also can conjugate with Ca Soap as stabilizer of PVC.

Magnesium Stearate is the magnesium salt of stearic acid which functions as a lubricant, binder, emulsifier, and anticaking agent. it is a white powder that is insoluble in water. it is used as a lubricant or die release in tableting pressed candies and is also used in sugar- less gum and mints.

Mg(C18H35O2)2 or with one H2O. Technical grade contains small amounts of the oleate and 7% magnesium oxide, MgO.

Magnesium stearate is widely used in cosmetics, foods, and pharmaceutical formulations. It is primarily used as a lubricant in capsule and tablet manufacture at concentrations between 0.25% and 5.0% w/w. It is also used in barrier creams.

Magnesium stearate is stable and should be stored in a well-closed container in a cool, dry place.

GRAS listed. Accepted as a food additive in the USA and UK. Included in the FDA Inactive Ingredients Database (oral capsules, powders, and tablets; buccal and vaginal tablets; topical preparapreparations; intravitreal implants and injections). Included in nonparenteral medicines licensed in the UK. Included in the Canadian List of Acceptable Non-medicinal Ingredients. Listed on the US TSCA inventory.