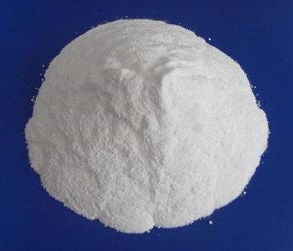 The lithium carbonate industry is a global high monopoly industry, the current production capacity is mainly concentrated in three foreign manufacturers of SQM, FMC, Chemetall and so on.
Industrial lithium carbonate is used in the manufacture of other lithium salts, such as lithium chloride and lithium bromide and so on. It also acts as lithium oxide materials in enamel, glass, pottery and porcelain enamel, and it is also added to the electrolytic cell for electrolysis of aluminum to increase the current efficiency and reduce the internal resistance of the cell and the bath temperature. In medicine, it is mainly used for the treatment of mania, can improve their emotional disorders for schizophrenia. It has the effect of elevating peripheral leukocytes; can be used for synthetic rubber, dyes, semiconductor and military defense industry and so on; for the production of lithium tantalate, lithium niobate and other acoustic grade single crystal, optical grade monocrystalline etc; for preparation of the acoustic grade single crystal.
Battery grade lithium carbonate is mainly used for the preparation of lithium cobalt oxide, lithium manganese oxide, ternary materials, lithium iron phosphate and other lithium ion battery cathode materials; used in a matrix modifier; as aneuroprotective effect of lithium carbonate in amyotrophic lateral sclerosis.

Lithium carbonate is obtained as an intermediate product in recovery of lithium metal from its ore, spodumene (See Lithium). It is prepared by mixing a hot and concentrated solution of sodium carbonate with lithium chloride or sulfate solution.
Li2SO4+ Na2CO3→Li2CO3+ Na2SO4

In the production of glazes on ceramic and electrical porcelain.

lithium carbonate: A white solid,Li2CO3; r.d. 2.11; m.p. 723°C; decomposesabove 1310°C. It is producedcommercially by treating the ore with sulphuric acid at 250°C andleaching the product to give a solutionof lithium sulphate. The carbonateis then obtained by precipitationwith sodium carbonate solution.Lithium carbonate is used in the preventionand treatment of manicdepressivedisorders. It is also usedindustrially in ceramic glazes.

Lithium inhibits thyroidal incorporation of I- into Tg, as well as the secretion of thyroid hormones, but it does not inhibit the activity of the Na+-I- symporter or the accumulation of I- within the thyroid. Lithium offers no particular advantage over drugs of the thionamide class but may be employed for temporary control of thyrotoxicosis in patients who are allergic to both thionamides and iodide.

A base. Decomposed by acids with the evolution of carbon dioxide. Fluorine burns fiercely on contact with Lithium carbonate.