Diethanolamine is an organic base which has been used as an emulsifying and dispersing agent.It can also be used as a basic buffer, with optimal pH about pH 9, if titrated with HCl or other acid. Other uses include: to "scrub" gases, as a chemical intermediate, as humectant or softening agent. 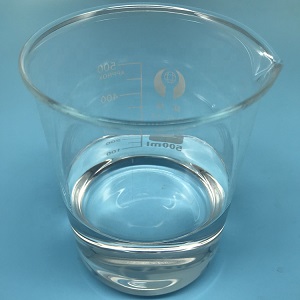 Diethanolamine is used as surface-active agent in metal-cutting fluids and oils, as a corrosion inhibitor, as a dispersant in agricultural chemical formulations, and as an intermediate in the production of other compounds such as fatty acid condensates of diethanolamine which are extensively used in soaps and cosmetics as emulsifiers, thickeners, wetting agents and detergents (Beyer et al., 1983). In the cosmetic formulations, the concentration of diethanolamine may range from 1 to 25% (National Toxicology Program, 1999a).

Diethanolamine similar to triethanolamine (T775580) is used as a surfactant. It also has the potential to be a corrosion inhibitor by means of chemisorption.

To scrub gases as indicated under ethanolamine. Diethanolamine can be used with cracking gases and coal or oil gases which contain carbonyl sulfide that would react with monoethanolamine. As rubber chemicals intermediate. In the manufacture of surface active agents used in textile specialties, herbicides, petroleum demulsifiers. As emulsifier and dispersing agent in various agricultural chemicals, cosmetics, and pharmaceuticals. In the production of lubricants for the textile industry. As humectant and softening agent. In organic syntheses.

Diethanolamine is used in the production ofsurface-active agents and lubricants for thetextile industry; as an intermediate for rubberchemicals; as an emulsifier; as a humectantand softening agent; as a detergent in paints,shampoos, and other cleaners; and as anintermediate in resins and plasticizers.

ChEBI: A member of the class of ethanolamines that is ethanolamine having a N-hydroxyethyl substituent.

2,2'-Iminodiethanol is an aminoalcohol. Amines are chemical bases. They neutralize acids to form salts plus water. These acid-base reactions are exothermic. The amount of heat that is evolved per mole of amine in a neutralization is largely independent of the strength of the amine as a base. Amines may be incompatible with isocyanates, halogenated organics, peroxides, phenols (acidic), epoxides, anhydrides, and acid halides. Flammable gaseous hydrogen is generated by amines in combination with strong reducing agents, such as hydrides. 2,2'-Iminodiethanol is hygroscopic. 2,2'-Iminodiethanol may be sensitive to exposure to air and light. 2,2'-Iminodiethanol can react with oxidizing materials, acids, CO2, copper alloys, aluminum, zinc, galvanized iron and copper.

The irritant action of diethanolamine on theeyes can be severe. Direct contact of thepure liquid can impair vision. Irritation onthe skin may be mild to moderate. Theacute oral toxicity of this compound waslow in test animals. The toxic symptomsinclude somnolence, excitement, and musclecontraction.
LD50 value, oral (mice): 3300 mg/kg
The vapor pressure of diethanolamine isnegligibly low (<0.01 torr at 20°C (68°F)).At ordinary temperature, this compoundshould not cause any inhalation hazard. Themists, fumes, or vapors at high temperatures,however, can produce eye, skin, and respiratory tract irritation.
In contrast to monoethanolamine, dieth anolamine administered to mice at 1125 mg/kg/day caused no change in maternal mortality, litter size, or percentage survival of thepups (Environmental Health Research andTesting 1987).

Diethanolamine is primarily used in pharmaceutical formulations as a buffering agent, such as in the preparation of emulsions with fatty acids. In cosmetics and pharmaceuticals it is used as a pH adjuster and dispersant.
Diethanolamine has also been used to form the soluble salts of active compounds, such as iodinated organic acids that are used as contrast media. As a stabilizing agent, diethanolamine prevents the discoloration of aqueous formulations containing hexamethylenetetramine-1,3-dichloropropene salts.
Diethanolamine is also used in cosmetics.

Diethanolamine undergoes reactions characteristic of secondary amines and of alcohols. Two industrially important reactions of the ethanolamines involve reaction with carbon dioxide or hydrogen sulfide to yield water soluble salts, and reaction with long chain fatty acids to form neutral ethanolamine soaps (Mullins 1978). Substituted ethanolamine compounds, such as soaps, are used extensively as emulsifiers, thickeners, wetting agents, and detergents in cosmetic formulations (including skin cleaners, creams, and lotions) (Beyer et al 1983).
Diethanolamine is used as a dispersing agent in various agricultural chemicals, as an absorbent for acidic gases (hydrogen sulfide and carbon dioxide), as a humectant, as an intermediate in the synthesis of morpholine, as a surface-active agent in cutting fluids, as a corrosion inhibitor, as a component in textile specialty agents, and as a secondary vulcanization accelerator in the rubber industry. Diethanolamine is also used in cleaners and pharmaceutical ointments, in polyurethane formulations, in herbicides, and in a variety of organic syntheses (Beyer et al 1983; Mullins 1978; Windholz 1983). Diethanolamine is permitted in articles intended for use in the production, processing, or packaging of food (CFR 1981), and is permitted as a secondary direct food additive from use in delinting cottonseed in the production of cottonseed oil or meal cake (Fed. Reg. 1982). Because of the wide industrial and consumer uses, large amounts of this chemical are discharged into water and sewage in an unaltered form (Yordy and Alexander 1981).

Diethanolamine is contained in many products, as a metalworking fuid. Traces may exist in other etha- nolamine-containing fuids.

Diethanolamine is present in machining and grinding fluids and has been detected in workplace air in the metal manufacturing industry. It was present in bulk cutting fluids at levels ranging from 4 to 5% (Kenyon et al., 1993). Diethanolamine has also been reported to be present in wetting fluids used in road paving. A level of 0.05 mg/m3 was detected in a stationary sample at a slurry machine discharging a bitumen emulsion containing 0.2% of the amine. All personal exposures were below the detection limit (0.02 mg/m3) (Levin et al., 1994). In a German study (1992–94), diethanolamine was measured in samples of metalworking fluids in a range of 0–44% (n = 69). The number of samples with diethanolamine present steadily declined from 90% to 60% over the study period (Pfeiffer et al., 1996).

When DEA was administered cutaneously to pregnant rats and rabbits during organogenesis, developmental toxicity (skeletal variations) was observed only in the rat and only at doses causing significant maternal toxicity.
The 2003 ACGIH threshold limit valuetime- weighted average (TLV-TWA) is 3ppm (13mg/m3).

Diethanolamine is hygroscopic and light- and oxygen-sensitive; it should be stored in an airtight container, protected from light, in a cool, dry place.

Diethanolamine is a secondary amine that contains two hydroxy groups. It is capable of undergoing reactions typical of secondary amines and alcohols. The amine group usually exhibits the greater activity whenever it is possible for a reaction to take place at either the amine or a hydroxy group.
Diethanolamine will react with acids, acid anhydrides, acid chlorides, and esters to form amide derivatives, and with propylene carbonate or other cyclic carbonates to give the corresponding carbonates. As a secondary amine, diethanolamine reacts with aldehydes and ketones to yield aldimines and ketimines. Diethanolamine also reacts with copper to form complex salts. Discoloration and precipitation will take place in the presence of salts of heavy metals.