solubility
Practically insoluble in water and in ethanol (96 per cent). It dissolves in dilute hydrochloric acid and in dilute nitric acid.
form
gel (aged)

Dibasic Calcium Phosphate is anhydrous or contains two molecules of water of hydration. It occurs as a white, odorless, tasteless powder that is stable in air. It is practically insoluble in water, but is readily soluble in dilute hydrochloric and nitric acids. It is insoluble in alcohol. 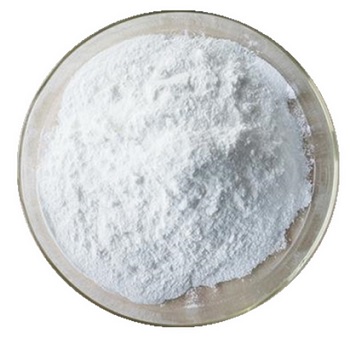 Dibasic calcium phosphate is found in nature as the mineral monetite. It is used as a food supplement and source of calcium, both in human food and animal feed. It is used in dough conditioner; in several dental products and in medicine. Other applications are in fertilizers, plastics and in the manufacture of glass.

Dibasic calcium hydrogen phosphate may be prepared by several methods.
It is precipitated by mixing solutions of calcium chloride and disodium hydrogen phospate: CaCl2 + Na2HPO4 → CaHPO4 + 2NaCl
It also is prepared by treating phosphoric acid with lime water (suspension of calcium hydroxide in water). Also, it is obtained as a by-product in the preparation of hydroxypatite. The preparation involves the reaction of phosphoric acid with calcium phosphate.
H3PO4 + Ca3(PO4)2 → 3CaHPO4

Calcium phosphates are usually prepared by reacting very pure phosphoric acid with calcium hydroxide, Ca(OH)2 obtained from limestone, in stoichiometric ratio in aqueous suspension followed by drying at a temperature that will allow the correct hydration state to be achieved. After drying, the coarse-grade material is obtained by means of a classification unit; the fine particle-size material is obtained by milling. Dibasic calcium phosphate, anhydrous, may also be prepared by spray-drying.

Dicalcium phosphate (CaHPO4) is made from calcium carbonate and phosphoric acid. It contains 34% citrate- soluble phosphorus pentoxide (P2O5). It is not commonly used as a fertilizer, but is used as a supplement to animal feed.

Dibasic calcium phosphate anhydrous is widely used in oral pharmaceutical products, food products, and toothpastes, and is generally regarded as a relatively nontoxic and nonirritant material.

Dibasic calcium phosphate anhydrous is a nonhygroscopic, relatively stable material. Under conditions of high humidity it does not hydrate to form the dihydrate.
The bulk material should be stored in a well-closed container in a dry place.

Crystallise it from a near-saturated solution in 50% aqueous reagent grade phosphoric acid at 100o by filtering through fritted glass and cooling to room temperature. The crystals are filtered off, and this process is repeated three times using fresh acid. For the final crystallisation the solution is cooled slowly with constant stirring to give thin plate crystals that are filtered off on a fritted glass funnel, washed free of acid with anhydrous acetone and dry in a vacuum desiccator [Egan et al.J Am Chem Soc 78 1811 1956].