Benzamide appears as off-white crystals or powder. It is combustible and incompatible with strong oxidising agents and strong bases. On combustion and thermal decomposition, it emits nitrogen oxides, carbon monoxide, and carbon dioxide.
Benzamide is a carbonic acid amide of benzoic acid. Benzamide exhibits an angle of about 15º with the plane of the amide group; this shows that benzamide molecule is not flat. The rotation of the amide group relative to the aromatic ring may result from the repulsion interaction between the hydrogen atoms of the amide group and those of the aromatic ring.

Benzamide is a combustible, colorless to beige, off-white, crystalline solid; freezing/melting point=132-133° C. It is slightly soluble in water, and soluble in many organic solvents. 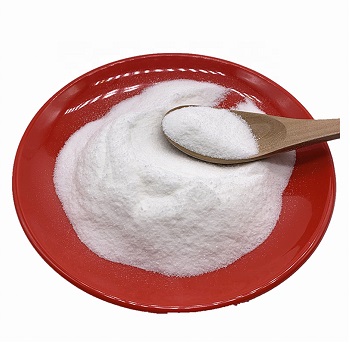 Benzamide was used to study the mechanism of photocatalytic decomposition of aqueous solution of acetic acid, acetamide and acetonitrile in the presence of semiconductors. It was used to develop a robust screening method to study biotransformations using (+)-γ-lactamase enzyme.

Take a mixture of 5 ml concentrated ammonia and 5 ml water in a conical flask with a well-fitting cork. Add 2 ml (2.4 g.) benzoyl chloride, cork the flask and shake vigorously. Heat generates due to the reaction, hence hold the cork securely during shaking. After 15 min not even a trace of oily benzoyl chloride remains. Filter the fine flakes, wash with cold water and recrystallise from hot water: yield, 1-5 g. Colourless crystals of benzamide.

Preparation of benzamide from benzoyl chloride

ChEBI: An aromatic amide that consists of benzene bearing a single carboxamido substituent. The parent of the class of benzamides.

Flash point data for Benzamide are not available, however Benzamide is probably combustible.

Benzamide is used in organic synthesis.