Manufacture of dry cell batteries; component of fluxes in zinc and tin plating; fume is evolved in galvanizing operations; mordant in dyeing and printing; fertilizer; hardener for formaldehyde-based adhesives

Ammonium chloride (referred to as "chloramine", also known as halogen sand, chemical formula: NH4Cl) is colorless cubic crystal or white crystalline powder. It tastes salty and slightly bitter and belongs to acid salt. Its relative density is 1.527. It is soluble in water, ethanol and liquid ammonia but insoluble in acetone and ether. The aqueous solution is weakly acidic, and its acidity is enhanced while heating. When heated to 100 ° C, it begins to significantly volatilize, and when heated to 337.8  ° C, it will dissociate into ammonia and hydrogen chloride, which, on cold exposure, will re-combine to produce small particles of ammonium chloride and white smoke that is not easy to sink and very difficult to be dissolved in water. When heated to 350 ° C ,it will sublimate and when 520 ° C, it will boil. Its moisture absorption is small, and in the wet rainy weather can absorb moisture to cake. For the ferrous metals and other metals, it is corrosive, which, in particular, has greater corrosion of copper but no corrosion of pig iron. Ammonium chloride can be obtained from the neutralization reaction of ammonia and hydrogen chloride or ammonia and hydrochloric acid (reaction equation: NH3 + HCl → NH4Cl). When heated, it will decompose into hydrogen chloride and ammonia reaction (equation: NH4Cl → NH3 + HCl) and the reaction is only to the right if the container is open system. 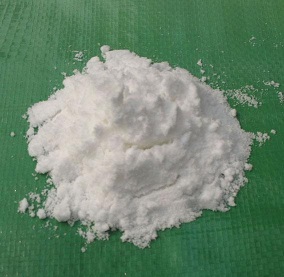 Ammonium chloride is mainly used for dry batteries, storage batteries, ammonium salts, tanning, plating, medicine, photography, electrodes, adhesives, etc. Ammonium chloride is also an available nitrogen chemical fertilizer whose nitrogen content is 24% to 25%. It is a physiological acidic fertilizer and suitable for wheat, rice, corn, rapeseed and other crops. It have the effects of enhancing fiber toughness and tension and improving quality especially for cotton and linen crops. However, due to the nature of ammonium chloride, if the application is not right, it will bring some adverse effects to soil and crops.
Technical conditions: the implementation of the People's Republic of China national standard GB-2946-82.
1. Appearance: white crystal
2. ammonium chloride content (dry basis) ≥ 99.3%
3. moisture content ≤1.0%
4. sodium chloride content (dry basis) ≤0.2%
5. iron content ≤0.001%
6. heavy metal content (in terms of Pb) ≤0.0005%
7. water insoluble content ≤0.02%
8. sulfate content (in terms of SO42-) ≤0.02%
9. pH: 4.2-5.8

Action category This product is a expectorant drug which belongs to non-prescription drug.
Pharmacological effects
1. when ammonium chloride comes into body, part of ammonium ions rapidly metabolize to form urea, which is excreted by the urine. Chlorine ions and hydrogen ions combine into hydrochloric acid, thereby correcting alkali poisoning.
2. ammonium chloride has a stimulating effect on the respiratory mucosa, and can reflexively increase the mucus secretion of respiratory tract to discharge sputum and clear the sticky sputum coating. After this product is absorbed, chloride ions come into the blood and extracellular fluid to acidify the urine.
Indications
1. severe metabolic alkalosis that can not be satisfactorily corrected after the application of adequate sodium chloride injection.
2. ammonium chloride loading test can measure the acidification function of renal tubular and be used for the differential diagnosis of renal tubular acidosis.
3. eliminating phlegm, suitable for dry cough and condition where sputum is not easy to cough and so on.
Usage and dosage
1. Common dose of adult (taking orally): expectorant, 0.3-0.6g each time, 3 times a day; diuretic, 0.6~2g each time, 3 times a day.
2. Common daily dose of children by weight: 40-60mg/kg or by body surface area:1.5g/m2, 4 times one day.
3. Severe metabolic alkalosis (taking orally): 1~2g each time, 3 times a day. If necessary, intravenous infusion of 2% ammonium chloride according to the weight of 1ml/kg is needed, which can reduce CO2CPO. The amount of ammonium chloride should be calculated by 45mmol/L and then be diluted to 0.9% (isotonic) concentration with 5% glucose injection that used for intravenous infusion for 2 to 3 times.
Precautions
1. Disabled for ulcer disease and severe liver and kidney dysfunction.
2. Disabled for people allergy to this product.
3. Disabled when the drug traits change.
4. When taking excessive dose or having serious adverse reactions, should seek medical attention immediately.
5. Children must be supervised by adults while applying this medicine.
6. Keep this medicine out of the reach of children.
Adverse reactions
This medicine can cause nausea, stomach pain and other symptoms.

The main method to produce ammonium chloride is combined-soda process, in which the main raw materials used are carbon, ammonia, water and salt. The production is divided into two processes.
The first process is the production of soda ash:

A mount of ammonium chloride is dissolved in 500ml of distilled water and then filtrated. The pH value of filtrate is adjust to 8~9 with dilute ammonia solution. Add glycerol and extractum glycyrrhizae liquidum to mix well, followed by adding antimony potassium tartrate aqueous solution ( adding potassium antimonate tartrate into 20ml distilled water and heated for dissolvant) and compound camphor tincture while stirring. Finally, add distilled water to mix to 1000ml and stir well. This product can be used for eliminating phlegm and relieving cough.

ADI is not subject to restrictive regulations (FAO/WHO, 2001).
GRAS (FDA, § 184.1138, 2000).
LD 501650 mg/kg (rat, oral).
Toxicity
ADI is not limited (FAO/WHO, 1979). It is generally recognized as safe (US Food and Drug Administration, 1985). Generally mixed with sodium bicarbonate to use and the amount is about 25% of sodium bicarbonate or 10~20 g/kg of wheat flour. It is  mainly used for bread, biscuits and so on.
Toxicity
It has big corrosiveness and should be used carefully for not contacting with the skin. The permissible concentration of ammonium chloride fume in the air is 10mg/m3. Operators should wear overalls, masks, latex gloves and other labor insurance products. Production equipment should be closed and the workshop ventilation should be good.

Ammonium chloride,Nl4CI, also known as ammoniae, salmiai,and ammonium nituriate,is a white crystalline solid. It is soluble in water, aqueous solutionsof ammonia, and is slightly soluble in methyl alcohol. Ammonium chloride is found in natureas a sublimation productof volcanic activity, or is produced by neutralizing HCI(either in liquid or gaseousphase) with NH3 gas or liquid NH40H then evaporating the excess H20. The salt decomposes at350°C and sublimes under controlled conditions at 520 °C. Ammoniumchlorideis used as an electrolyte in dry cell batteries,as a fluxfor soldering, tinningandgalvanizing, andas a processing ingredientin textile printing and hide tanning. Use as a source of nitrogen for fertilizersis limited because of the possible build up of damaging chloride residuals in the soil.

Ammonium chloride occurs as colorless, odorless crystals or crystal masses. It is a white, granular powder with a cooling, saline taste. It is hygroscopic and has a tendency to cake.

Colorless cubic crystals or white granular powder; saline taste; odorless; hygroscopic; does not melt but sublimes on heating at 340°C; vapor pressure 48.75 torr at 250°C and 251.2 torr at 300°C; density 1.5274 g/cm3 at 25°C; refractive index 1.642; readily dissolves in water, solubility: 229 g and 271 g/L solution at O°C and 20°C, respectively; solubility lowered by alkali metal chlorides and HCl; dissolution lowers the temperature of the solution; sparingly soluble in alcohols (6 g/L at 19°C) and soluble in liquid NH3; insoluble in acetone and ether.

Ammonium chloride occurs in nature in crevices near volcanoes. Also, it is found in smoke when burning dry camel or donkey dung as fuel. Important applications of this compound include the manufacture of dry cells for batteries; as a metal cleaner in soldering; as a flux in tin coating and galvanizing; in fertilizers; in pharmaceutical applications as a diuretic, or diaphoretic expectorant; and as an analytical standard in ammonia analysis. Also, it is used in freezing mixtures; washing powders; lustering cotton; in safety explosives and in dyeing and tanning.

ammonium chloride is used as a thickener and as an additive in non-alcoholic toners. According to cosmetic formulators, the ammonium component provides the tingling or stinging sensation that some people associate with toners or aftershaves, and which, in regular toners, is usually provided by the alcohol content. Ammonium chloride’s use is the result of preference in formulation feel.

Ammonium Chloride is a dough conditioner and yeast food that exists as colorless crystals or white crystalline powder. approximately 30–38 g dissolves in water at 25°c. the ph of a 1% solution at 25°c is 5.2. it is used as a dough strengthener and flavor enhancer in baked goods and as a nitrogen source for yeast fermentation. it is also used in condiments and relishes. another term for the salt is ammonium muriate.

ChEBI: An inorganic chloride having ammonium as the counterion.

sal ammoniac: A white or colourless cubicsolid, NH4Cl; r.d. 1.53; sublimes at340°C. It is very soluble in water andslightly soluble in ethanol but insolublein ether. It may be prepared byfractional crystallization from a solutioncontaining ammonium sulphateand sodium chloride or ammoniumcarbonate and calcium chloride. Puresamples may be made directly by thegas-phase reaction of ammonia andhydrogen chloride. Because of itsease of preparation it can be manufacturedindustrially alongside anyplant that uses or produces ammonia.The compound is used in drycells, metal finishing, and in thepreparation of cotton for dyeing andprinting.

Acidic salts, such as Ammonium chloride , are generally soluble in water. The resulting solutions contain moderate concentrations of hydrogen ions and have pH's of less than 7.0. They react as acids to neutralize bases. These neutralizations generate heat, but less or far less than is generated by neutralization of inorganic acids, inorganic oxoacids, and carboxylic acid. They usually do not react as either oxidizing agents or reducing agents but such behavior is not impossible. Many of these compounds catalyze organic reactions.

Inhalation of fumes irritates respiratory passages. Ingestion irritates mouth and stomach. Fumes are irritating to eyes. Contact with skin may cause irritation.

Ammonium chloride is used as an acidifying agent in oral formulations. It is also used as a food additive and antiseptic agent.
Ammonium chloride is used in the treatment of severe metabolic alkalosis to maintain the urine at an acid pH in the treatment of some urinary tract disorders or in forced acid diuresis. It is also used as an expectorant in cough medicines.

Ammonium chloride is used as an industrial chemical, pharmaceutical, and veterinary drug; to make dry batteries; in galvanizing; as a soldering flux.

The veterinary indications for ammonium chloride are as a urinary acidifying agent to help prevent and dissolve certain types of uroliths (e.g., struvite), to enhance renal excretion of some types of toxins (e.g., strontium, strychnine) or drugs (e.g., quinidine), or to enhance the efficacy of certain antimicrobials (e.g., chlortetracycline, methenamine mandelate, nitrofurantoin, oxytetracycline, penicillin G or tetracycline) when treating urinary tract infections. Ammonium chloride has also been used intravenously for the rapid correction of metabolic alkalosis.
Because of changes in feline diets to restrict struvite and as struvite therapeutic diets (e.g., s/d) cause aciduria, ammonium chloride is not commonly recommended for struvite uroliths in cats.

Ammonium chloride is chemically stable. It decomposes completely at 3388℃ to form ammonia and hydrochloric acid. Store in airtight containers in a cool, dry place.

Ammonium chloride is incompatible with strong acids and strong bases. It reacts violently with ammonium nitrate and potassium chlorate, causing fire and explosion hazards. It also attacks copper and its compounds.

Pretreatment involves addition of sodium hydroxide to liberate ammonia and form the soluble sodium salt. The liberated ammonia can be recovered and sold. After dilution to the permitted provisional limit, the sodium salt can be discharged into a stream or sewer.

GRAS listed. Included in the FDA Inactive Ingredients Database (oral syrup, tablets). Accepted for use as a food additive in Europe. Included in medicines licensed in the UK (eye drops; oral syrup).