Lithium sulfide is the inorganic compound with the formula Li2S. It crystallizes in the antifluorite motif, described as the salt (Li+)2S2−. It forms a solid yellow-white deliquescent powder. In air, it easily hydrolyses to release hydrogen sulfide (rotten egg odor) Lithium sulfide is prepared by treating lithium with sulfur. This reaction is conveniently conducted in anhydrous ammonia. The THF-soluble triethylborane adduct of lithium sulfide can be generated using superhydride. 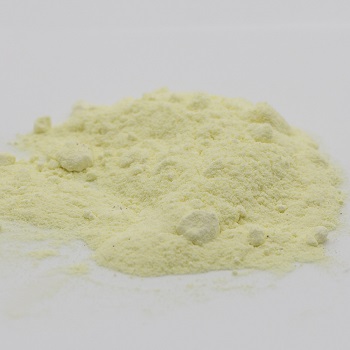 Lithium sulfide (Li2S) is a product specially designed for the use in high performance batteries which can be either applied as electrode material or as precursor for solid electrolytes. It as an electrode material not only has high capacity but also overcomes many problems caused by pure sulfur electrodes.
Lithium sulfide is an anti fluorite semiconductor (bandgap 3.865eV). It exists in orthorhombic and cubic structures. The densities of the orthorhombic and cubic structures are 1.75g/cm3 and 1.63g/cm3 respectively.
Lithium sulfide has been studied as a MgB2- like superconductor. It is also used as a cathode material in rechargeable lithium-sulfur batteries.