Phenylhydrazine is also known as the hydrazinobenzene. It was first successfully synthesized by the German organic chemist Hermann-Emil-Fischer in 1875 and is the first synthesized hydrazine derivatives. At room temperature, it is a pale yellow crystalline or oily liquid while at low temperature it appears as monoclinic prismatic crystals. It can be easily subject to oxidization in the air and exhibit dark brown or dark red. 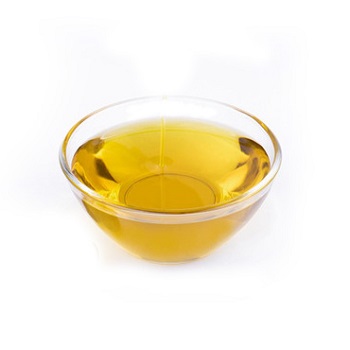 Phenylhydrazine is one of the hydrazine derivatives and is often abbreviated as PhNHNH2. It is slightly soluble in water and alkali solution and can be dissolved in dilute acid. It is miscible with ethanol, ethyl ether, chloroform and benzene. Common method of its preparation is through the reaction between aniline and sodium nitrite under the action of hydrochloric acid for generation of diazonium salt which is then reduced by sulfite/sodium reduction for obtaining it. Acid precipitation can generate phenylhydrazine hydrochloride with neutralization generating phenylhydrazine.
Phenylhydrazine can be applied to making dyes, drugs, and being used as developer. It is also an important reagent for identification of carbonyl group and can be used for identifying aldehydes, ketones and carbohydrates. It can react with benzaldehyde to generate phenylhydrazine. We can use the hydrazone generated through phenylhydrazine or 2, 4-dinitrophenylhydrazine to identify aldehydes and ketones, It can trigger Fischer indole synthesis upon reaction with aldehydes and ketones (first found by the Emil Hermann Fischer in 1883, the reaction is using phenylhydrazine and aldehyde, ketone for heating and rearrangement under acid-catalysis for the elimination of one molecule of ammonia to give 2-or 3-substituted indole.) to give indole ring-class compound.

Phenylhydrazine (Hydrazinobenzene) is the chemical compound characterized by Hermann Emil Fischer in 1895. Fischer is a German organic chemist. He used phenylhydrazine to react with carbohydrate and generate hydrazone and osazone and form a crystalline compound which is easy for purification. Then it is decomposed into pure sugar. This is a powerful means for studying carbohydrate structures and synthesis of a variety of sugars and enables the theoretic clarification of the structure of glucose and summarizing of the general stereoisomerism phenomenon of saccharides and further using of Fischer projection for describing it. He has also demonstrated that the caffeine, theophylline, uric acid all belongs to purine derivatives and also had successfully synthesized purine. He also had opened up the study of proteins and had demonstrated that amino acids forms polypeptide via peptide bond and successfully synthesized polypeptides. In 1902, Fischer, because of the synthesis of purine and carbohydrate, was awarded for the Nobel Prize in Chemistry.
The above information is edited by the Chemicalbook of Dai Xiongfeng. Phenylhydrazine is pale yellow oily liquid with the melting point being 19.8 ℃ and boiling point being 173.5 ℃/13.33kPa, n20D being 1.608 and the relative density being 1.0978 (20 ℃). It is slightly soluble in water and petroleum ether and soluble in alcohol, ether, chloroform and benzene. It can be evaporated together with steam. It is also easily to get dark in the air. Phenylhydrazine hydrochloride [59-88-1] is solid with the m.p. being 250~254 ℃ (decomposition).

It can be produced from aniline which undergoes diazotization, reduction, acid precipitation to obtain phenylhydrazine hydrochloride and then further neutralization to obtain phenylhydrazine.
The preparation method is based on aniline which successively undergoes diazotization, reduction, acid precipitation, and neutralization to derive it.
Diazotization: add a certain amount of water, 30% hydrochloric acid and aniline to the reaction pot, cooled to 2 ℃, control the temperature at around 0~5 ℃ and add drop wise of solution of sodium nitrite to until the starch iodide test solution turns blue, stir for 30 mins for completion of the reaction and obtain the diazonium solution.
Reduction: add water, sodium bisulfite and 30% alkaline solution to the reduction kettle, heated to 80 ℃, maintain the temperature in 80~85 ℃ and pH = 6.2~6.7, within 20min trickle add the above diazo solution, stirring was continued for 1.5 h, then add zinc powder, diatomaceous earth, stirred filtrate with the filtrate suck into the acid precipitation tank.
Acid precipitation: to the above filtrate add 30% hydrochloric for acid precipitation at 70 ℃, the temperature is maintained in 85~90 ℃, stir for 10min and cool to below 20 ℃, suck, filtration to yield phenylhydrazine hydrochloride.
Neutralization: add the alkaline solution to the reaction pot, stir and simultaneously add the above phenylhydrazine hydrochloride and an appropriate amount of water, heated to 50 ℃, stirred at 50~60 ℃ for 1 h, allowed to stand for more than 8h, separate out the lower aqueous solution, It was the top oil that was phenylhydrazine with the content of about 80% and the total yield of 83.5%.

Mutagenicity and Toxicity of Carcinogenic

Phenylhydrazine is toxic by single exposure via the oral route (LD50 80–188 mg/kg body weight) and is expected to be toxic by the inhalation and dermal routes (data from these routes of exposure are less clear). Phenylhydrazine has potential for skin and eye irritation,and there is evidence that it has skin-sensitizing properties in humans. Exposure to phenylhydrazine may cause damage to red blood cells, potentially resulting in anaemia and consequential secondary involvement of other tissues, such as the spleen and liver. Phenylhydrazine is mutagenic in vitro, and there is some evidence to indicate that it may express genotoxic activity in vivo. The substance is clearly carcinogenic in mice following oral dosing, inducing tumours of the vascular system. The mechanism for tumour formation is unclear, but a genotoxic component cannot be excluded. Hence, it is not considered possible to reliably identify a level of exposure at which there will be no risk of carcinogenic or genotoxic effects.

Phenylhydrazine is degraded photochemically and autoxidizes in water. It is readily biodegradable, and this is expected to be the major route of breakdown in the environment. There is minimal sorption to particulates.
Phenylhydrazine is toxic to aquatic organisms, with the lowest reported no-observed-effect concentration (NOEC) in standard acute fish tests at 0.01 mg/litre; fish are generally more sensitive than either daphnids or bacteria. A NOEC of 0.49 :g/litre has been reported for embryo-larval stages of the zebra fish (Brachydanio rerio).

Phenylhydrazine is a colorless to pale yellow liquid or solid with a weak aromatic odor. It is soluble in water (values ranging from 145 to 837 g/litre at 24 °C have been reported) and is miscible with alcohol, ether, chloroform, benzene, and acetone. The conversion factor for phenylhydrazine is 1 ppm = 4.5 mg/m3 (at 20 °C, 101 kPa).

Phenylhydrazine is used in the manufactureof dyes and pharmaceuticals; as a stabilizerfor explosive; as a reagent for aldehydes,ketones, and sugars in chemical analysis; andin organic synthesis.

An aryl hydrazine used in the preparation of various dyes and pharmaceutical compounds. It is used in the investigation of oligosaccharides as well as the structure of photosystem II.

ChEBI: A phenylhydrazine that is the monophenyl derivative of hydrazine.

When exposed to air becomes red-brown. Slightly denser than water and slightly soluble in water.

Phenylhydrazine may ignite spontaneously when in contact with oxidants such as hydrogen peroxide or nitric acid, oxides of iron or copper, or manganese, lead, copper or their alloys. Will not polymerize [USCG, 1999].

Confirmed carcinogen with experimental carcinogenic data. Poison by ingestion, subcutaneous, and intravenous routes experimental reproductive effects Mutation data reported. Ingestion or subcutaneous injection can cause hemolysis of red blood cells. Other effects are damage to the spleen, liver, kidneys, and bone marrow. The most common effect of occupational exposure is the development of dermatitis, which, in sensitized persons, may be quite severe. Systemic effects include anemia and general weakness, gastrointestinal dsturbances, and injury to the kidneys. Flammable when exposed to heat, flame, or oxidizers. To fight fire, use alcohol foam. Violent reaction with 2phenylamino-3-phenyloxazirane. Reacts with perchloryl fluoride to form an explosive product. Vigorous reaction with lead(Ⅳ) oxide. Used as a chemical reagent, in organic synthesis, and in the manufacture of dyes and drugs. Dangerous; when heated to decomposition it emits highly toxic fumes of NOx; can react with oxidizing materials

Phenylhydrazine is a widely used reagent in conjunction with sugars, aldehydes, and ketones. In addition, to its use in the synthesis of dyes; pharmaceuticals, such as antipyrin; cryogenin, and pyramidone; and other organic chemicals. The hydrochloride salt is used in the treatment of polycythemia vera.

Mice given 1mg phenylhydrazine orally each day, 7 days/week for 42 weeks had an increased incidence of total lung tumors. The incidence of malignant tumors also increased. In another study, mice administered 0.01% of the hydrochloride salt in drinking water (average of 0.63–0.81 mg/day) over their lifetimes had an increased incidence of blood vessel tumors. In contrast, mice given phenylhydrazine orally 5 days/week for 40 weeks at doses of 0.5 mg during the first 5 weeks and 0.25 mg thereafter failed to develop tumors.Higher doses could not be tested because of the marked anemia encountered. No leukemias occurred in mice treated with phenylhydrazine, and pulmonary tumors were infrequent . Oral administration or intraperitoneal injection (eight doses, each of 2.9 mg) of phenylhydrazine hydrochloride in mice failed to increase either pulmonary tumors or leukemia. The carcinogenic activity of hydrazine itself has been closely linked to its toxicity, that is, its irritant effect. The mechanism of action, it is postulated, is indirect alkylation of DNA, which is also closely connected to the toxic end point.

Controlled incineration whereby oxides of nitrogen are removed from the effluent gas by scrubber, catalytic or thermal device.