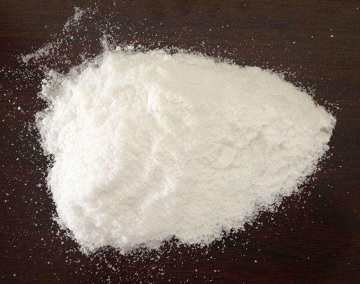 Ammonium bicarbonate is used as a baking powder, in some food processing applications, in cough syrups and as antacid. It also has uses as a fertilizer, pH buffer, and reagent in chemical laboratories. In the industry, it is used in the manufacture of dyes, pharmaceuticals, catalysts, ceramics, fire-retardants, plastics and other products.

Ammonium bicarbonate is mainly used as fertilizers. After being applied to the soil, the ammonium ion (NH4 +) contained in ammonium bicarbonate can be absorbed by soil colloid or lattice-fixed or transformed into nitrate nitrogen. After being absorbed by plants, there are no accessory constituents remaining in the soil with a small impact on the soil pH. It is applicable to all kinds of soil and crops, soil without leaving any harmful substance residue for the soil and crops. It is quick-acting nitrogen fertilizer and can be subject to long-term usage.
In order to prevent the loss of fertilizer efficacy due to ammonia volatilization and the burning of the crop stems and leaves, we can apply deep placement and cover soil. It can be used as basic fertilizer for topdressing, but not suitable to be used as seed manure. When being used for topdressing, we should prevent the drop of ammonium bicarbonate onto the plant, to avoid ammonia hazards. The shortcoming of ammonium bicarbonate as a fertilizer lies in its chemical instability. After the addition of crystalline modifier, the crystal of ammonium bicarbonate is enlarged and the water content is reduced, reducing the phenomenon of easily subjecting to decomposition and agglomeration. Ammonium bicarbonate is one of nitrogen fertilizer industrial products, being the major varieties of small nitrogenous fertilizer plants in China, being one of the purification products of coke oven in the coking plant. Coking plant takes concentrated ammonia as raw materials for reaction with carbon dioxide to generate ammonium bicarbonate crystals with centrifugal filtering to obtain ammonium bicarbonate products.
Ammonium bicarbonate is easy to be subject to decomposition. It is appropriate to be packed with the combination of inner plastic film and external plastic bag or 3-layers of kraft paper sacks, both need to be sealed and stored in a warehouse of being cool, low-temperature, dry and ventilated to prevent moisture, rain and sun.

Ammonium bicarbonate appears as white monoclinic or orthorhombic crystals. It is soluble in water, but insoluble in ethanol, carbon disulfide and concentrated ammonia.
It dissolves in water to give a mildly alkaline solution. It is insoluble in most organic solvents. While it is stable at room temperature (25 °C), it decomposes at temperatures above 36 °C to form ammonia, carbon dioxide, and water in an endothermic reaction (absorbs energy for the reaction from the surroundings).
NH4HCO3 → NH3 + CO2 + H2O
Ammonium bicarbonate reacts with acids to produce carbon dioxide, and reacts with bases to produce ammonia.

Send the compressed carbon dioxide into the concentrated ammonia, and place it under the carbon dioxide pressure; simultaneously apply cooling; precipitate out the crystal; followed by centrifugal separation and dehydration to obtain the final product. Upon refining, dissolve it in water, and add ethanol to re-crystallize it.
Carbonization method: after the ammonia is absorbed by water; apply carbon dioxide for carbonization, followed by separation and drying to produce ammonium bicarbonate.
NH3 + CO2 + H2O → NH4HCO3
To the carbon dioxide gas originated from the lime kiln and be subject to cleaning and washing, send the ammonia to saturation, followed by centrifugal separation and hot air drying to obtain the finished products.
NH3 + CO2 + H2O → NH4HCO3

Ammonium bicarbonate is a white crystalline solid with a faint ammonia odor and soluble in water but insoluble in alcohol and acetone. It decomposes above 35℃ to ammonia, carbon dioxide and water vapor, releasing irritant fumes. Only 30% of the applied nitrogen of this fertilizer is recovered by plants owing to the unstable nature of ammonium bicarbonate. that forms by the reaction of anunonium hydroxide and excess CO2.

A buffer applications such as lyophilization and matrix assisted laser desorption.

Ammonium Bicarbonate is a dough strengthener, a leavening agent, a ph control agent, and a texturizer. prepared by reacting gaseous carbon dioxide with aqueous ammonia. crystals of ammo- nium bicarbonate are precipitated from solution and subsequently washed and dried. Also known as hartshorn and rock ammonia, ammonium bicarbonate is soluble in water but decomposes when heated. It was used in place of ammonia when making ammonia-ripened gelatin emulsions.

A white crystalline solid having the odor of ammonia. Soluble in water. The primary hazard is the threat to the environment. Immediate steps should be taken to limit spread to the environment. Used to make other ammonium compounds, in food processing, and for other uses.

Inhalation may cause respiratory irritation. Ingestion could be harmful. Contact with eyes or skin causes irritation.

Ammonium hydrogen carbonate is another name for ammonium bicarbonate (NH4CO3), It is a low nitrogen containing fertilizer (17% N), used largely in China. It is produced by heating ammonium hydroxide with excess carbon dioxide, followed by evaporation of water.

Poison by intravenous route. When heated to decomposition it emits toxic fumes of NO, and NH3

It is used in leavening for some baked goods; in baking powders and fire extinguishers; to make dyes and pigments; in the manufacture of porous plastics; and as an expectorant.

Contact with strong caustics, such as potassium hydroxide or sodium hydroxide will cause the release of ammonia gas. Decomposes as temperature rises ＞35 C.

May be buried in a chemical waste landfill. If neutralized ammonium bicarbonate is amenable to treatment at a municipal sewage treatment plant.