Sodium metabisulfite (chemical formula: Na2S2O5) appears as a white crystalline or powder solid with a slight sulfur odor. It is toxic upon inhalation and can strongly irritate skin and tissue. It can be decomposed to release toxic oxide fumes of sulfur and sodium upon high temperature. It can be mixed with water to form a corrosive acid. It is generally used as disinfectant, antioxidant, and preservative agent as well as a laboratory reagent. As a kind of food additive, it can be used as a preservative and antioxidant in food. It can also be applied to the wine and beer making. Moreover, it can be used to sanitize the equipment of homebrew and winemaking as a cleaning agent. It also have various kinds of other applications, e.g. being applied to photography, as an excipients in some tablets, for water treatment, as a source of SO2 in wine, as a bactericide and as a bleaching reagent as well as reducing agent. It can be manufactured through the evaporation of a sodium bisulfite which has been saturated with sulfur dioxide. It should be warned that sodium metabisulfite has certain acute effects on the respiratory system, eyes and skin. In severe case, it can cause breathing difficulty and even pulmonary damage which finally leads to death. Therefore, effective protective measures and attention should be taken during the operation. 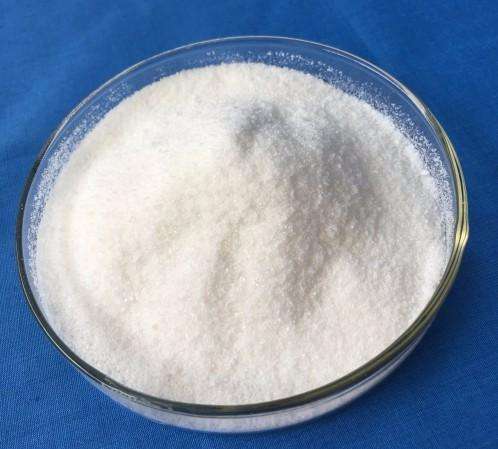 Sodium metabisulfite (SMBS, Sodium disulfite) is a white, granular solid sodium salt. an inorganic compound made up of sodium, sulfur, and oxygen, and used in many industries:

Sodium metabisulphite is currently listed in Annex III Part B of Directive 95/2/EC as an authorised food additive. As such food labelling is required where sulphite residues exceed 10 mg/kg (ppm). This is labelled E223 with maximum permitted residues in crustacean products set at 150 mg/kg. However it is now accepted that sulphites, when present in foodstuffs, can cause allergic reactions in vulnerable persons and can constitute a danger to health (Collins-Williams, 1983). Metabisulphite is regarded as one causative agent of asthma attacks (Gunnison & Jacobsen, 1987). In accordance with this, EU Directive 2003/89/EC will make allergen labelling a requirement for all food stuffs produced in the European Community, which have been treated with sodium metabisulphite.
Sodium metabisulfite typically found in consumer products should pose little a risk of symptoms due to skin or inhalation exposure since sodium metabisulfite is used in very low concentrations. Sodium metabisulfite can produce the following adverse health affects:

Sodium metabisulfite is a white crystalline powder. Sulfur dioxide odor. It may be considered the anhydride of 2 molecules of sodium disulfite.

sodium metabisulfite is an anti-oxidant and reducing agent.

Sodium Metabisulfite is a preservative and antioxidant that exists as crystals or powder having a sulfur dioxide odor. it is readily solu- ble in water. it is used in dried fruits to preserve flavor, color, and to inhibit undesirable microorganism growth. it prevents “black spots” due to oxidative deterioration in shrimp. it is used in maraschino cherries. it is found in lemon drinks as a preservative. see sulfur dioxide.

ChEBI: An inorganic sodium salt composed of sodium and disulfite ions in a 2:1 ratio.

This agent is frequently used as a preservative in pharmaceutical products, in the bread-making industry as an antioxidant, and it can induce contact dermatitis. It can be used as a reducing agent in photography and caused dermatitis in a photographic technician, probably acting as an aggravating irritative factor. Sodium metabisulfite contains a certain amount of sodium sulfite and sodium sulfate.

Sodium metabisulfite is used as an antioxidant in pharmaceutical preparations and as a preservative in foods. People with asthma have a greater chance of having an allergic reaction with this chemical. Individuals allergic to sodium bisulfite (a food preservative found in some wine, fresh shrimp; packaged foods; and restaurant salads and potatoes) may have a severe reaction when exposed to sodium metabisulfite.