Dimethyl sulfate (chemical formula: (CH3O)2SO2) is an odorless, corrosive, oily liquid which can release toxic fumes during heating. It can be synthesized through the esterification of sulfuric acid with methanol, and alternatively by the distillation of methyl hydrogen sulfate. 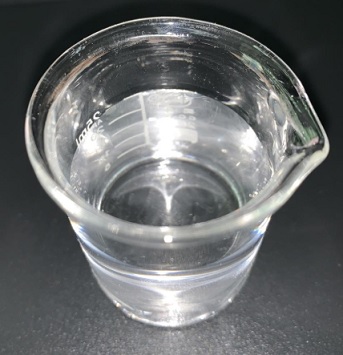 In industry, dimethyl sulfate is used as a methylating agent for the manufacture of many organic chemicals. It can be used for methylation of phenols, amines, and thiol. Moreover, it can be used for base sequencing and DNA chain cleavage since it can rupture the imidazole rings present in guanine. It can also be used for protein-DNA interaction analysis. However, its vapor is toxic to eyes and lungs, can do harm to our body. It is a potential carcinogen based on known experimental data.

Dimethyl sulfate is a colorless, oily liquid that is slightly soluble in water. It has a faint, onion-like odor; the odor threshold has not been established. The vapor pressure for dimethyl sulfate is 0.5 mm Hg at 20 °C, and it has a log octanol/water partition coefficient (log Kow ) of 0.032.

Dimethyl sulphate has been used since the beginning of the century as a methylating agent in the preparation of organic chemical products and colouring agents, in the perfume industry, and in other processes. It is a colourless or yellowish liquid of oily consistency which vaporizes at 50℃. and has a slight piquant smell. Both the liquid and the vapour are vesicants and by virtue of this property may be used in warfare.

Diethyl sulfate is used as an ethylating agentin many organic syntheses. It is also usedas an accelerator in the sulfation of ethyleneand as an intermediate in certain sulfonationreactions (Merck 1996).

It is used as a methylating agent in themanufacture of many organic compounds,such as, phenols and thiols. Also, it is used inthe manufacture of dyes and perfumes, andas an intermediate for quaternary ammoniumsalts. It was used in the past as a militarypoison.

Dimethyl sulfate is prepared by distillation of an oleum/methanol mixture; technical production using dimethyl ether and SO3 has also been reported (NLM, 2013).

Pure Dimethyl sulfate and concentrated aqueous ammonia react extremely violently with one another, as is the case for tertiary organic bases, [NFPA 491M, 1991]. Dimethyl sulfate ignites in contact with unheated barium chlorite, due to the rapid formation of unstable methyl chlorite. The product of methylating an unnamed material at 110°C was alloyed to remain in a reactor for 80 min. before the reactor exploded. This involved a sulfur ester such as Dimethyl sulfate, [MCA Case History No. 1786].

Dimethyl sulfate is extremely hazardous because of its lack of warning properties and delayed toxic effects. The vapor of this compound is extremely irritating to the skin, eyes, and respiratory tract, and contact with the liquid can cause very severe burns to the eyes and skin. Ingestion of dimethyl sulfate causes burns to the mouth, throat, and gastrointestinal tract. The effects of overexposure to dimethyl sulfate vapor may be delayed. After a latent period of 10 hours or more, headache and severe pain to the eyes upon exposure to light may occur, followed by cough, tightness of the chest, shortness of breath, difficulty in swallowing and speaking, vomiting, diarrhea, and painful urination. Fatal pulmonary edema may develop. Systemic effects of dimethyl sulfate include damage to the liver and kidneys. Dimethyl sulfate is listed by IARC in Group 2A ("probable human carcinogen") and is classified as a "select carcinogen" under the criteria of the OSHA Laboratory Standard. Data indicate that dimethyl sulfate does not specifically harm unborn animals; dimethyl sulfate is not a developmental toxin. It is a strong alkylating agent and does produce genetic damage in animals and in bacterial and mammalian cell cultures.

Confirmed carcinogen with experimental carcinogenic, tumorigenic, and teratogenic data. Human poison by inhalation. Experimental poison by ingestion, inhalation, intravenous, and subcutaneous routes. Other experimental reproductive effects. Human mutation datareported. A corrosive irritant to skin, eyes, and mucous membranes. There is no odor or initial irritation to give warning of exposure. On brief, dd exposures, conjunctivitis, catarrhal inflammation of the mucous membranes of the nose, throat, larynx, and trachea, and possibly some reddening of the skin develop after the latent period. With longer, heavier exposures, the cornea shows clouding, the irritation changes to the nasopharynx are more marked, and after 6 to 8 hours pulmonary edema may develop. Death may occur in 3 or 4 days. The liver and kidneys are frequently damaged. Spang of the liquid on the skin can cause ulceration and localnecrosis. In patients surviving severe exposure, there may be serious injury of the liver and hdneys, with suppression of urine, jaunlce, albuminuria, and hematuria appearing. Death, resulting from the hdney or liver damage, may be delayed for several weeks. Flammable when exposed to heat, flame, or oxidizers. Can react with oxidizing materials. Violent reaction with NH4OH and NaN3. To fight fire, use water, foam, CO2, dry chemical. When heated to decomposition it emits toxic fumes of SOx See also SULFATES.

Dimethyl sulfate is reasonably anticipated to be a human carcinogenbased on sufficient evidence of carcinogenicity from studies in experimental animals.

Chemical/Physical. Hydrolyzes in water (half-life = 1.2 h) to methanol and sulfuric acid (Robertson and Sugamori, 1966) via the intermediate methyl sulfuric acid (Du Pont, 1999a)

work with dimethyl sulfate should be conducted in a fume hood to prevent exposure by inhalation, and appropriate impermeable gloves and safety goggles should be worn at all times to prevent skin and eye contact.

Excess dimethyl sulfate and waste material containing this substance should be placed in a covered metal container, clearly labeled, and handled according to your institution's waste disposal guidelines.