1-Methyl-2-pyrrolidinone is also known as NMP, 1-methyl-2-pyrrolidone, N-methylpyrrolidone, and N-Methyl-2-pyrrolidone. NMP is a colorless to light yellow transparent liquid with a slight ammonia odor. NMP is completely miscible with water. It is highly soluble in lower alcohols, lower ketones, ether, ethyl acetate, chloroform, and benzene and moderately soluble in aliphatic hydrocarbons. NMP is strongly hygroscopic, chemically stable, not corrosive towards carbon steel and aluminum, and slightly corrosive to copper. It has low adhesiveness, strong chemical and thermal stability, high polarity, and low volatility. This product is slightly toxic, and its permitted concentration limit in air is 100ppm. 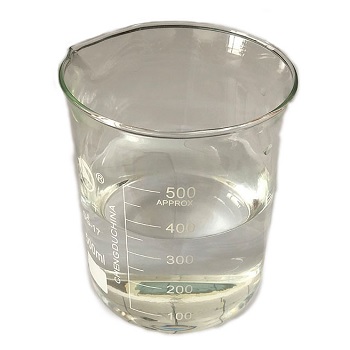 N-Methylpyrrolidone (NMP) is a solvent used in a variety of industries and applications, such as paint and coating removal, petrochemical processing, engineering plastics coatings, agricultural chemicals, electronic cleaning and industrial/domestic cleaning.

Consult state, local or national regulations for proper disposal. Disposal must be made according to official regulations. Water, if necessary with cleansing agents.

NMP is hygroscopic (picks up moisture) but stable under normal conditions. It will violently react with strong oxidizers such as hydrogen peroxide, nitric acid, sulfuric acid, etc. The primary decomposition products produce carbon monoxide and nitrogen oxide fumes. Excessive exposure or spillage should be avoided as a matter of good practice. Lyondell Chemical Company recommends wearing butyl gloves when using NMP. NMP should be stored in clean, phenolic-lined mild steel or alloy drums. Teflon®1 and Kalrez®1 have been shown to be suitable gasket materials. Please review MSDS prior to handling.

N-Methyl-2-pyrrolidone is an aprotic solvent with a wide range of applications: petrochemical processing, surface coating, dyes and pigments, industrial and domestic cleaning compounds, and agricultural and pharmaceutical formulations. It is mainly an irritant, but has also caused several cases of contact dermatitis in a small electrotechnical company.

1-Methyl-2-pyrrolidinone is a colourless or light yellow liquid with an amine odour. It can undergo a number of chemical reactions even though it is accepted as a stable solvent. It is resistant to hydrolysis under neutral conditions, but strong acid or base treatment results in ring opening to 4-methyl aminobutyric acid. 1-Methyl-2-pyrrolidinone can be reduced to 1-methyl pyrrolidine with borohydride. Treatment with chlorinating agents results in amide formation,an intermediate which can undergo further substitution, while treatment with amyl nitrate yields the nitrate. Olefins can be added to the 3 position by treatment first with oxalic esters, then with appropriate aldehyes (Hort and Anderson 1982).

1-Methyl-2-pyrrolidone is a polar solvent that is used in organic chemistry and polymer chemistry. Large scale applications include the recovery and purification of acetylenes, olefins, and diolefins, gas purification, and aromatics extraction from feedstocks.
1-Methyl-2-pyrrolidinone is a versatile industrial solvent. NMP is currently approved for use only in veterinary pharmaceuticals. The determination of the disposition and metabolism of NMP in the rat will contribute toward understanding the toxicology of this exogenous chemical which man may likely be exposed to in increasing amounts.

ChEBI: A member of the class of pyrrolidine-2-ones that is pyrrolidin-2-one in which the hydrogen attached to the nitrogen is replaced by a methyl group.

1-Methyl-2-pyrrolidinone is manufactured by the reaction of buytrolactone with methylamine (Hawley 1977). Other processes include preparation by hydrogenation of solutions of maleic or succinic acids with methylamine (Hort and Anderson 1982). Manufacturers of this chemical include Lachat Chemical, Inc, Mequon, Wisconsin and GAF Corporation, Covert City, California.

N-Methyl-2-Pyrrolidone (NMP) is a powerful, aprotic solvent with high solvency, and low volatility. This colorless, high boiling, high flash point and low vapor pressure liquid carries a mild amine-like odor. NMP has high chemical and thermal stability and is completely miscible with water at all temperatures. NMP can serve as a co-solvent with water, alcohols, glycol ethers, ketones, and aromatic/chlorinated hydrocarbons. NMP is both recyclable by distillation and readily biodegradable. NMP is not found on the Hazardous Air Pollutants (HAPs) list of the 1990 Clean Air Act Amendments.

This amine is a very mild chemical base. 1-Methyl-2-pyrrolidinone does tend to neutralize acids to form salts plus water. The amount of heat that is evolved per mole of amine in a neutralization is largely independent of the strength of the amine as a base. Amines may be incompatible with isocyanates, halogenated organics, peroxides, phenols (acidic), epoxides, anhydrides, and acid halides. Flammable gaseous hydrogen is generated by amines in combination with strong reducing agents, such as hydrides.

Special Hazards of Combustion Products: Toxic oxides of nitrogen may be formed in fire.

1-Methylpyrrolidone is an aprotic solvent with a wide range of applications: petrochemical processing, surface coating, dyes and pigments, industrial and domestic cleaning compounds, and agricultural and pharmaceutical formulations. It is mainly an irritant, but it can cause severe contact dermatitis due to prolonged contact.

Rats were exposed to NMP vapor at 0, 0.04, or 0.4 mg/L for 6 h/day, 5 days/week for 2 years.Male rats at 0.4 mg/L showed slightly reduced mean body weight. No life-shortening toxic or carcinogenic effects were observed in rats exposed for 2 years to either 0.04 or 0.4mg/L of NMP. By the dermal route, a group of 32 mice received an initiation dose of 25mg of NMP followed 2 weeks later by applications of the tumor promoter phorbol myristate acetate, three times a week, for more than 25 weeks. Dimethylcarbamoyl chloride and dimethylbenzanthracene served as positive controls. Although the NMP group had three skin tumors, this response was not considered significant when compared with that of the positive controls.

Rats are administered radio-labeled N-methyl-2- pyrrolidinone (NMP), and the major route of excretion by rats is via the urine. The major metabolite, representing 70-75% of the administered dose, is 4-(methylamino)butenoic acid. This unsaturated intact product may be formed from the elimination of water, and a hydroxyl group may be present on the metabolite prior to acid hydrolysis.

Male Sprague-Dawley rats were given a single intraperitoneal injection (45 mg/kg) of radiolabeled 1 -methyl-2-pyrrolidone. Plasma levels of radioactivity and compound were monitored for six hours and the results suggested a rapid distribution phase which was followed by a slow elimination phase. The major amount of label was excreted in the urine within 12 hours and accounted for approximately 75% of the labelled dose. Twenty-four hours after dosage, cumulative excretion (urine) was approximately 80% of the dose. Both ring- and methyl-labeled species were used, as well as both [14C]- and [3H]-labeled l-methyl-2-pyrrolidone. The initial labeled ratios were maintained during the first 6 hours after dosage. After 6 hours, the liver and intestines were found to contain the highest accumulations of radioactivity, approximately 2-4% of the dose. Little radioactivity was noted in the bile or respired air. High performance liquid chromatography of urine showed the presence of one major and two minor metabolites. The major metabolite (70-75% of the administered radioactive dose) was analyzed by liquid chromatography-mass spectrometry and gas chromatography-mass spectrometry and was proposed to be a 3- or 5-hydroxy-l-methyl-2-pyrrolidone (Wells 1987).